Silkeborg and Midtjylland will fight for Denmark Superligaen championship round 9 at Gisk Park Stadium this week.

Silkeborg
Silkeborg lose effort in their last game against FC Copenhagen. In that match, Silkeborg IF managed 55% possession and 9 shots on goal with 1 on target. They are good at home game, having 100% home winning percentage in championship ganes this season. 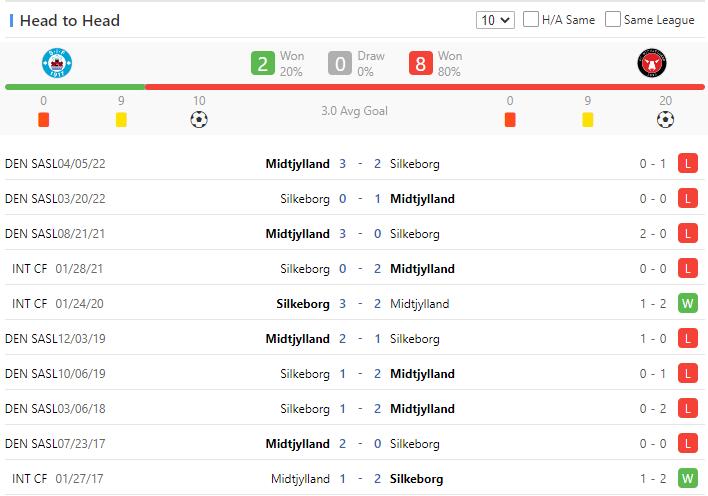 Verdict:
Midtjylland get a psychological advantage through the past head to head clashes against Silkeborg with 8W-2L. But Silkeborg can not be ignored as the host. So the result of upcoming game is suggested to be a tight tie.

Football Denmark Superligaen Midtjylland Silkeborg
(Disclaimer：Any views or opinions presented are solely those of the author and do not necessarily represent those of NowGoal. We disclaim any responsibility and accepts no liability for any direct or indirect loss or damage arising from any inaccuracies.)