The Bundesliga 2 meeting at Millerntor-Stadion on Sunday will see home side St. Pauli play against Fortuna Dusseldorf.

St. Pauli
St. Pauli won’t want a repeat of their last result here following a 3-2 Bundesliga 2 loss in their previous game against Schalke. It has not been often in recent games where St. Pauli have shown defensive steel. In fact, St. Pauli have seen their defence breached in 6 of their previous 6 matches, letting in 9 goals along the way. That sort of pattern won’t necessarily be carried forward into this next game, however. 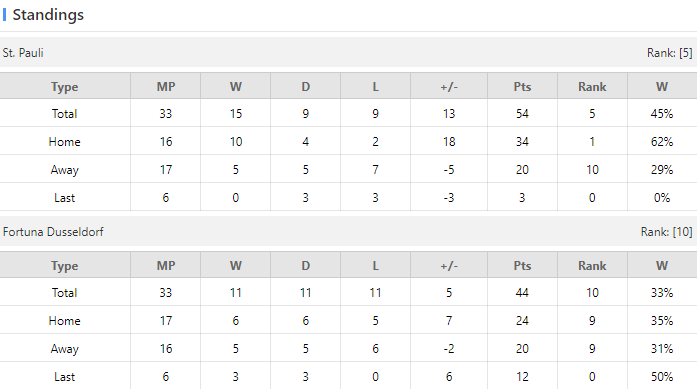 Verdict:
We feel that Fortuna Dusseldorf and St. Pauli could well end up finding themselves trading goals here. Let’s see what happens, but it could well be that we get quite a few goals with scores finishing level. That’s why we have predicted a highly competitive game with a 2-2 score draw when the full-time whistle blows.

Football German Bundesliga 2 Fortuna Dusseldorf St. Pauli
(Disclaimer：Any views or opinions presented are solely those of the author and do not necessarily represent those of NowGoal. We disclaim any responsibility and accepts no liability for any direct or indirect loss or damage arising from any inaccuracies.)