The Bundesliga 2 fixture at BWT-Stadion am Hardtwald on Sunday will see home side SV Sandhausen take to the field against Holstein Kiel.

SV Sandhausen
SV Sandhausen will be hoping for a better result following a 2-0 Bundesliga 2 loss in their previous game against SC Paderborn 07. SV Sandhausen have been finding it hard to keep clean sheets lately, although they’ve also found ways to score goals themselves. Analysis of their previous 6 games shows that SV Sandhausen have seen their goal breached in 6 of them while also getting on the scoresheet in 5 of those matches. Such a pattern might not be continued into this game, of course. 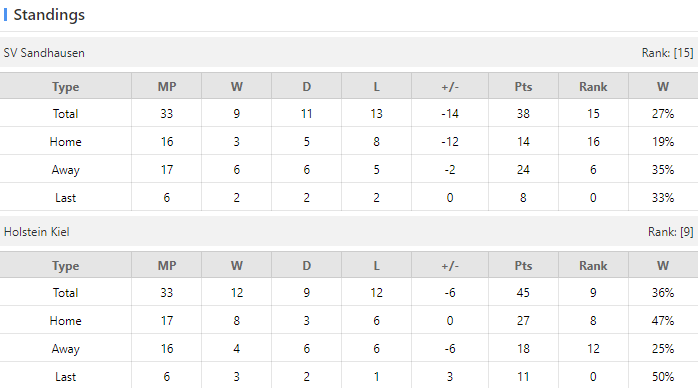 Verdict:
Sandhausen's strength and form are both bad. The 1X2 first odds is 2.55-3.60-2.50, seems lacked of confidence to the home team.
Holstein Kiel should take points in this game.

Football German Bundesliga 2 Holstein Kiel SV Sandhausen
(Disclaimer：Any views or opinions presented are solely those of the author and do not necessarily represent those of NowGoal. We disclaim any responsibility and accepts no liability for any direct or indirect loss or damage arising from any inaccuracies.)