Italian Serie A - Napoli vs Genoa

The match between Napoli vs Genoa for the Italy Serie A competition is scheduled to be played on 15 May, 2022. The match kicks off at 14:00 UK time. It will take place at the Stadio Diego Armando Maradona, in Napoli.

Napoli have won five of their last eight Serie A games. Napoli have only lost one of the teams’ last 19 head-to-head meetings, a run stretching back to January 2012. Napoli, meanwhile, have all but secured third place but have little else to play for after their title bid went up in smoke in the Spring. 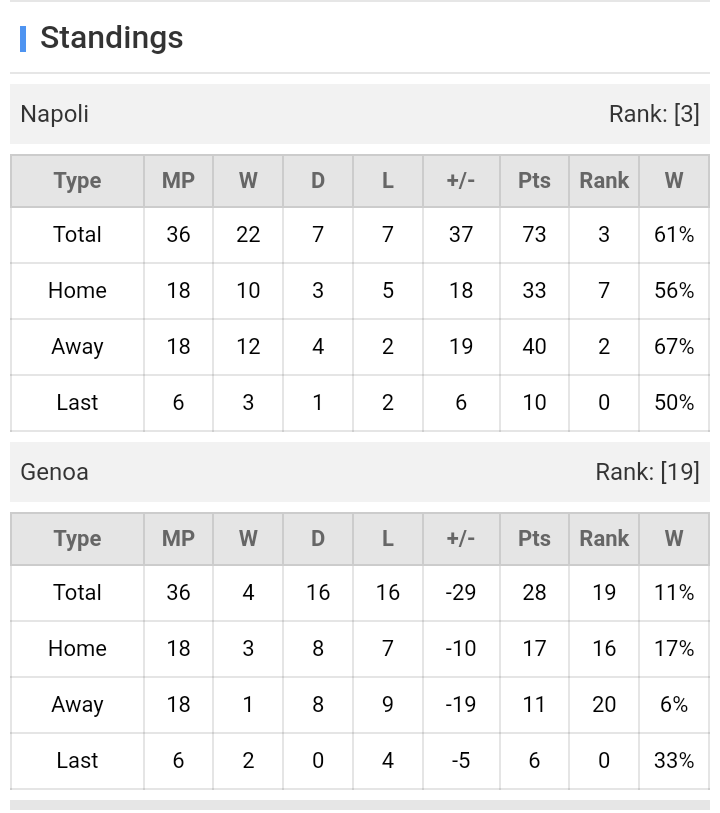 Genoa, on the other hand, have won three of their last 33, though all of those victories came in their last seven. Having beaten Juventus through a remarkable late double last time out, Genoa need to show the same fighting spirit when they travel to Napoli on Sunday, a defeat here would seal their relegation so they will be fighting with their last strength to overcome that.

Given the gulf in quality and experience between the two sides, we are tipping the hosts to claim all three points on Sunday.

Football Italian Serie A Genoa Napoli
(Disclaimer：Any views or opinions presented are solely those of the author and do not necessarily represent those of NowGoal. We disclaim any responsibility and accepts no liability for any direct or indirect loss or damage arising from any inaccuracies.)