The match between Tottenham vs Burnley for the England Premier League competition is scheduled to be played on 15 May, 2022. The match kicks off at 12:00 UK time. It will take place at the Tottenham Hotspur Stadium, in London 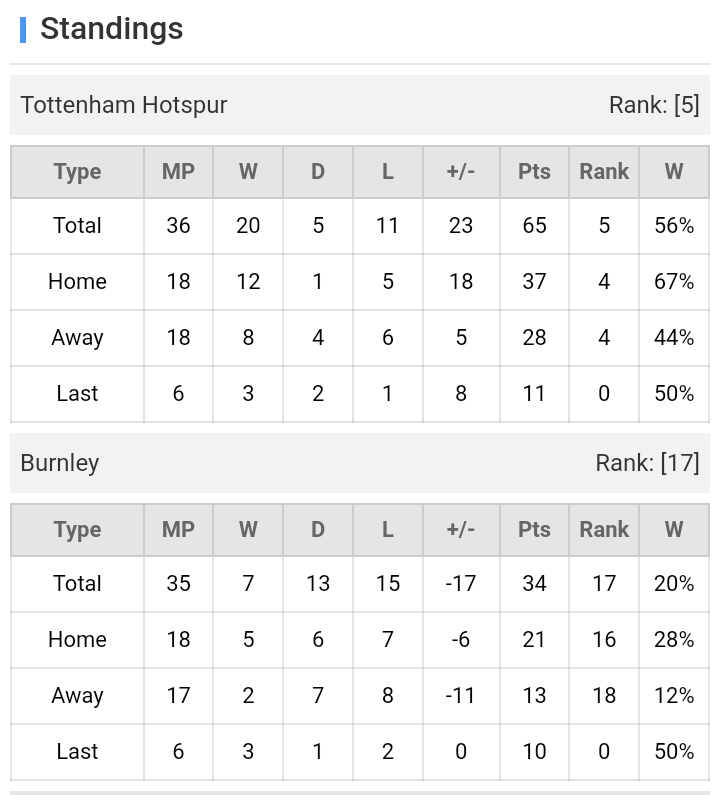 Burnley have plenty to fight for, though. The Clarets’ four-match unbeaten streak was ended by Aston Villa last weekend. Burnley won 4 games, they have 1 game that the final result was a draw, and they have lost 5 games in the last 10 games. Their fans are not happy, they are sitting at 17th position with 38 points in the league table.

An examination of their most recent head-to-head meetings going back to 07/12/2019 tells us that Tottenham Hotspur have won 4 of these and Burnley 1, with the number of draws being 1. I am tipping a 3-0 win for Tottenham Hotspur when the referee blows the final whistle.

Football English Premier League Burnley Tottenham Hotspur
(Disclaimer：Any views or opinions presented are solely those of the author and do not necessarily represent those of NowGoal. We disclaim any responsibility and accepts no liability for any direct or indirect loss or damage arising from any inaccuracies.)