A game between Rostock and Hamburger is going to be held at DKB-Arena on Sunday.

Hansa Rostock
In the last game, they tie with Ingolstadt 0-0, which have been winless for five rounds. Now they rank twelfth at the table of the League, far away from the upgrade and degrade. That’s the reason why they are aimless. 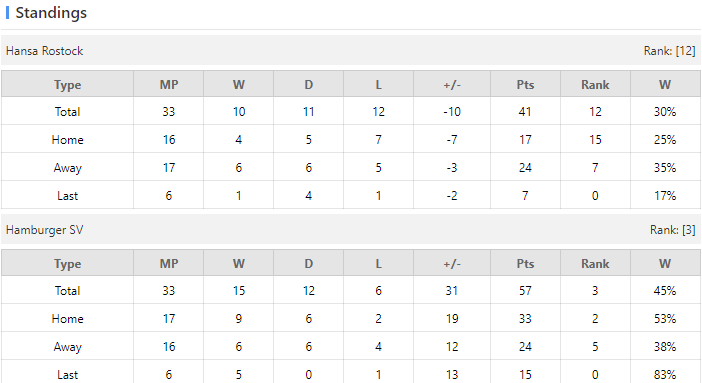 Hamburger SV
Instead, they are full of ambitions now. They are sitting in third place at the table of the League, with just three points separating them from the second. They stand the chance to upgrade to Bundesliga directly as long as they win over Hansa Rostock in the upcoming game.

Verdict:
Hamburger have never been defeated by Rostock in the past, which take the upper hand. Besides,s Hamburger are in form, getting a three-match winning streak. So Hamburger will probably win in the coming match.

Football German Bundesliga 2 Hamburger SV Hansa Rostock
(Disclaimer：Any views or opinions presented are solely those of the author and do not necessarily represent those of NowGoal. We disclaim any responsibility and accepts no liability for any direct or indirect loss or damage arising from any inaccuracies.)