Leeds United
Leeds United will be seeking for a better outcome here after losing 0-3 to Chelsea last time out. In their last six games, Jesse Marsch's team has scored five times. On the other hand, they have surrendered 10 goals in those games. They are now 18th in the standings, and in order to escape relegation, they will have to overcome either Burnley or Everton. 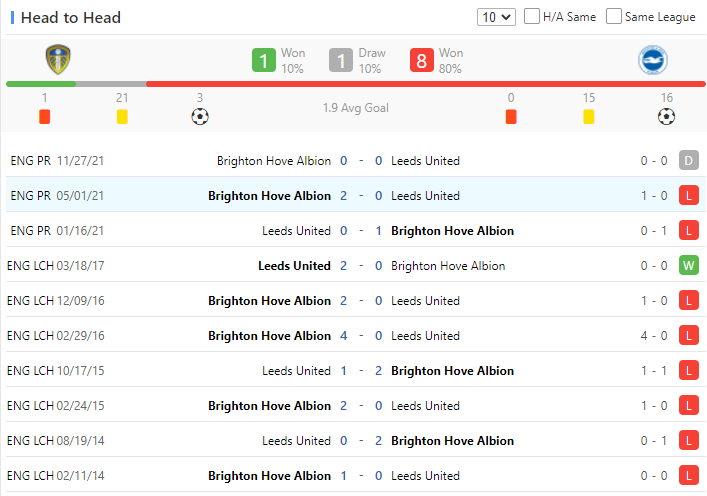 Prediction
Brighton have the capacity to dismantle Leeds United's defense. Leeds is one of just two clubs in the tournament with more than 70 goals conceded. Expect plenty of goals, especially given Leeds' desperation.

Football English Premier League Brighton Hove Albion Leeds United
(Disclaimer：Any views or opinions presented are solely those of the author and do not necessarily represent those of NowGoal. We disclaim any responsibility and accepts no liability for any direct or indirect loss or damage arising from any inaccuracies.)