On Sunday, Crystal Palace travels to Villa Park to play Aston Villa in the Premier League.

Aston Villa
Aston Villa will be looking for a better outcome after losing 1-2 to Liverpool in the Premier League last time around. Steven Gerrard's Aston Villa have scored 7 goals in their previous six games, giving them an average of 1.17 goals per match. 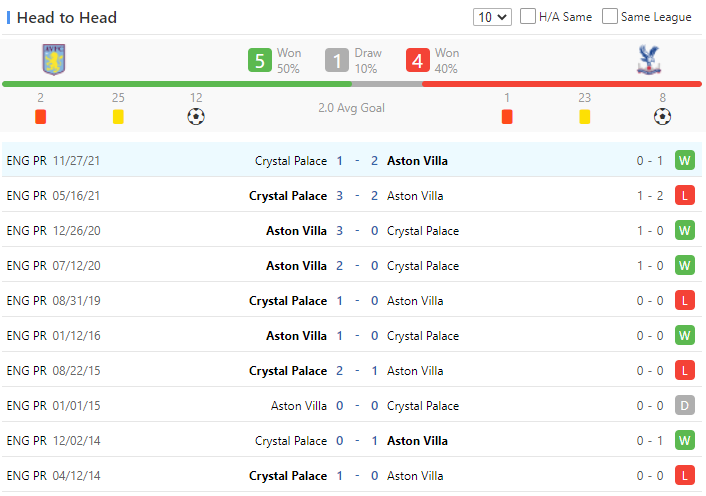 Crystal Palace
Crystal Palace will enter the match on the back of a 1-0 Premier League victory against Watford in their last match. Crystal Palace's offensive players have only managed to score four goals in their last six matches. The Eagles have also seen the total goal total of rival teams equal 6 in those games.

Prediction
The most recent encounter at this venue ended in a 3-0 victory for the hosts. Three or more goals have been scored in the past three games between these two sides and both teams scoring in the last two. Expect a goal fest between the two this Saturday.

Football English Premier League Crystal Palace Aston Villa
(Disclaimer：Any views or opinions presented are solely those of the author and do not necessarily represent those of NowGoal. We disclaim any responsibility and accepts no liability for any direct or indirect loss or damage arising from any inaccuracies.)