At Bosuilstadion, Royal Antwerp goes head to head against Club Brugge on Sunday.

With six players currently on injury and will be absent for the game. Royal has played 34 matches with 64 points and placed fourth at the table. With five games played (L3, D2) and hasn't been able to win any home game in five matches and has not scored in two home matches. 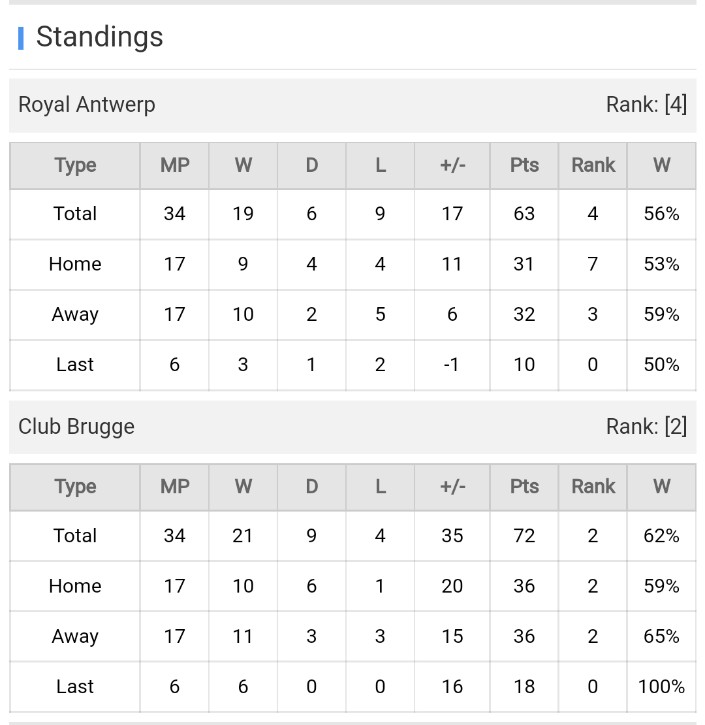 The club is at the top of its game and in 1st place on the table. Has completed a more successful clean sheet in the competition than any other team. With five matches played both home and away Club hasn't lost a match in five attempts(W4, D1)

Club has won two previous matches against Royal but Royal has always seen draws in their last five matches and hopefully Royal see a goal on home soil.

Football Belgian Pro League Club Brugge Royal Antwerp
(Disclaimer：Any views or opinions presented are solely those of the author and do not necessarily represent those of NowGoal. We disclaim any responsibility and accepts no liability for any direct or indirect loss or damage arising from any inaccuracies.)