Getafe will face Barcelona in a La Liga encounter on Sunday at Estadio Coliseum Alfonso Pérez.

Getafe
Getafe comes into this match having drawn 1-1 with Osasuna. In five of Getafe's last six meetings, less three goals per match were scored. In terms of goal attribution during this era, rival teams scored a total of 5, while Getafe scored four. They have not lost at home in their previous two league matches and have not won at home in their last three league matches. 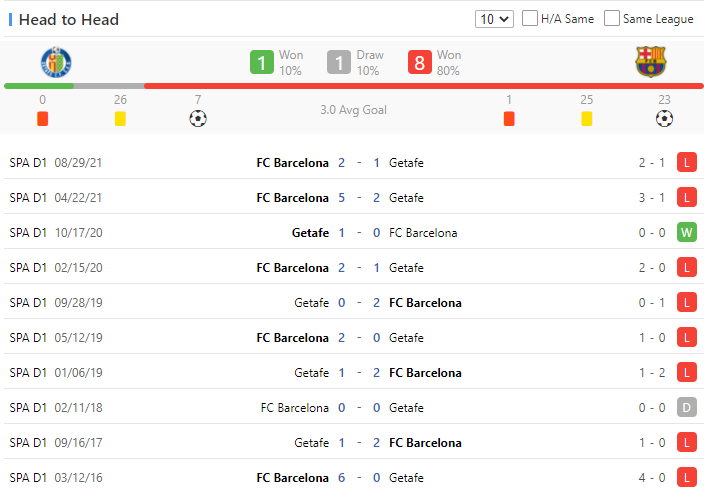 FC Barcelona
Barcelona will be coming off a 3-1 La Liga victory against Celta Vigo in their most recent match. Barcelona has been outscored in five of their previous six games, with opponents scoring five goals in total. They can surely improve their defense. The team is undefeated in their past 14 league away matches heading into this fixture.

Prediction
Getafe will be upset if they do not score against this Barcelona team in this game, but a single goal may not be enough. As a result, Barcelona will have a 1-2 edge at the end of the 90 minutes.

Football Spanish La Liga FC Barcelona Getafe
(Disclaimer：Any views or opinions presented are solely those of the author and do not necessarily represent those of NowGoal. We disclaim any responsibility and accepts no liability for any direct or indirect loss or damage arising from any inaccuracies.)