On Sunday, Atlético Madrid will play Sevilla at Estadio Wanda Metropolitano in a La Liga match.

Atletico Madrid
Atlético Madrid will be hoping to repeat their 0-2 La Liga victory over Elche CF. The Atlético Madrid defense has shown a lot of tenacity recently. They have been cautious in front of goal, with only three goals scored in their last six games. The team has not lost in their past six league home matches. 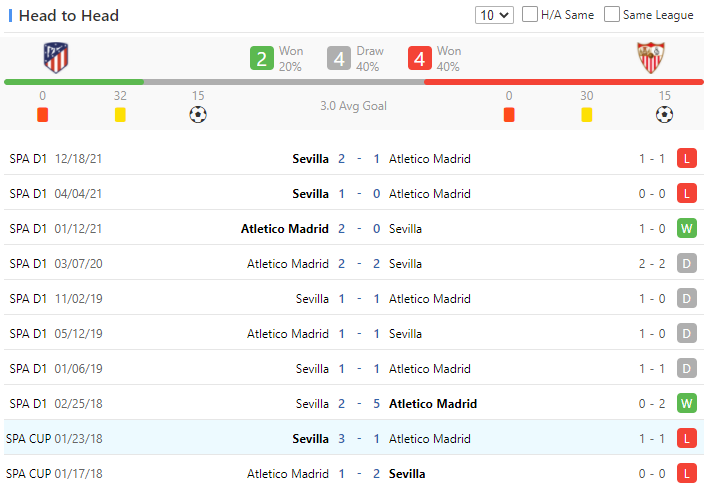 Sevilla
Sevilla's most recent match was a 0-0 draw with Mallorca in La Liga. Goals have been scored 20 times in the previous six matches in which Sevilla has sent out their soldiers, for an average of 3.33 goals per match. Sevilla have not lost in their past two league away matches.

Prediction
This is a game where Sevilla will need everything to go their way in order to put one past Atlético Madrid, who should score a goal of their own in a win. As a result, we expect Atlético Madrid to win this one by a slender margin with the home advantage.

Football Spanish La Liga Sevilla Atletico Madrid
(Disclaimer：Any views or opinions presented are solely those of the author and do not necessarily represent those of NowGoal. We disclaim any responsibility and accepts no liability for any direct or indirect loss or damage arising from any inaccuracies.)