Wolves will host Norwich City at Molineux Stadium on Sunday in a Premier League match.

Wolves
Wolves will be looking to get back on track after losing 1-5 to Manchester City in their previous match. Wolverhampton Wanderers have preserved a clean sheet on only a few occasions in previous years. They have been scored against in six of their past six matches, allowing 13 goals in the process. The team have lost their past two league games at home. 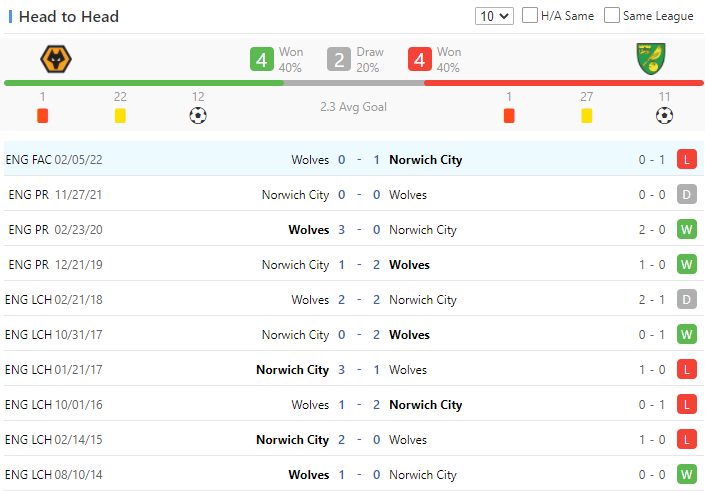 Prediction
Wolves appears to have the ability to see a lot of the ball and convert a lot of chances to score goals. Norwich City may have difficulty finding the back of the goal, though we believe they will score. Wolves are expected to win comfortably at full-time.

Football English Premier League Norwich City Wolves
(Disclaimer：Any views or opinions presented are solely those of the author and do not necessarily represent those of NowGoal. We disclaim any responsibility and accepts no liability for any direct or indirect loss or damage arising from any inaccuracies.)