AS Monaco will play host to Stade Brestois at the Stade Louis II on Saturday.

After eight straight Ligue 1 wins, putting your money on Monaco feels better than taking it to the bank and we don’t expect that to break when they face Brest in Monte Carlo this weekend. With 65 points from 36 games, Monaco are third in the Ligue 1 standings, three points off Marseille in the automatic UEFA Champions League qualification spot. 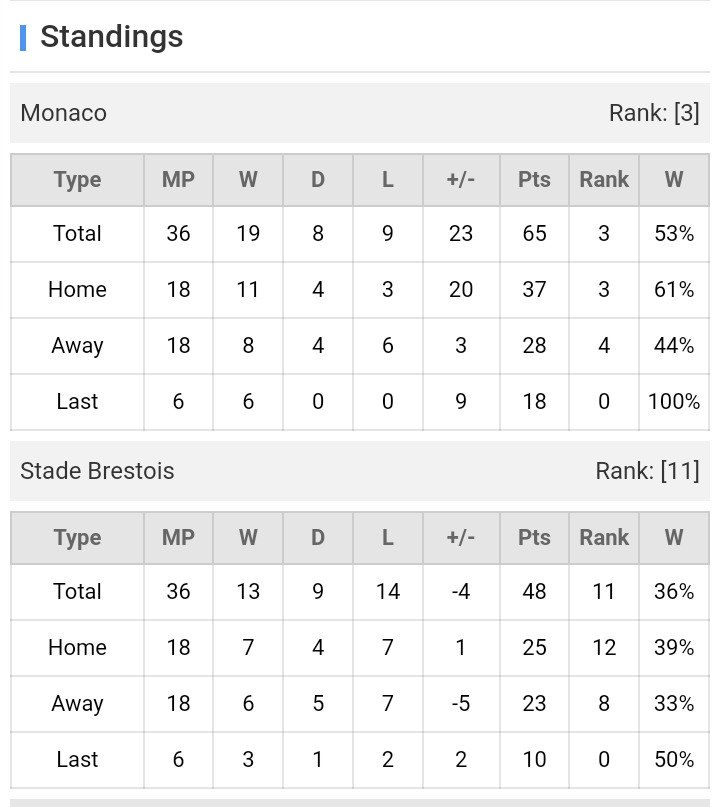 Brest failed to move into the top half of the table, falling to a 1-0 loss against Strasbourg. Before that, they were on a run of three victories, seeing off Lyon, Metz and Clermont Foot respectively. With 48 points from 36 games, Brest are 11th in the points table, three points off tenth-placed Lille with two games to play.

This will be the eighth meeting between the two teams, with Monaco picking up three wins. Brestois hold a slightly superior record in this fixture, claiming four wins. Monaco boast a significantly superior and more experienced players and should claim all three points on Saturday.

Football France Ligue 1 Stade Brestois Monaco
(Disclaimer：Any views or opinions presented are solely those of the author and do not necessarily represent those of NowGoal. We disclaim any responsibility and accepts no liability for any direct or indirect loss or damage arising from any inaccuracies.)