PSG make the trip to Stade de la Mosson on Saturday for the Ligue 1 game with home team Montpellier.

Montpellier
Montpellier had already been relegated and the team had not won in seven games in a row. They have drawn their last two home games and will not want to lose in their final home game of the season.

Paris Saint Germain (PSG)
Neymar and Marquinhos scored in PSG's 2-2 draw with troyes, but Messi was unlucky as he hit the door frame twice again. They have drawn three games in a row since clinch the league title. 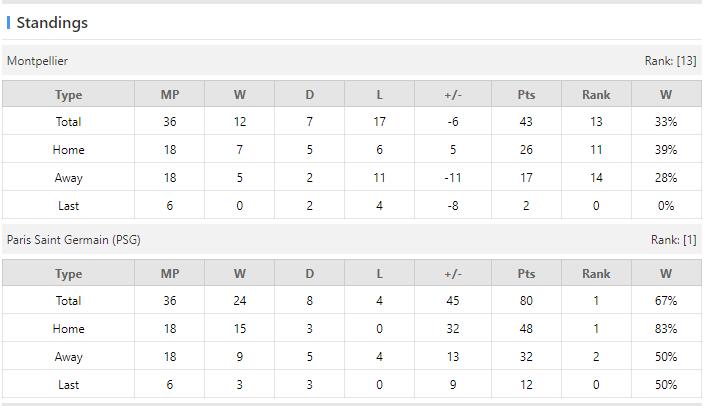 Verdict:
The strength gap between the two sides is big. The 1X2 first odd is 7.50-5.25-1.36, which means support the away team. PSG should win this game but not the handcap.

Football France Ligue 1 Paris Saint Germain (PSG) Montpellier
(Disclaimer：Any views or opinions presented are solely those of the author and do not necessarily represent those of NowGoal. We disclaim any responsibility and accepts no liability for any direct or indirect loss or damage arising from any inaccuracies.)