Union Berlin
Union Berlin, boosted by their recent performance, will be looking for a repeat of their 1-4 victory against Freiburg. Union Berlin's ability to hold out for the entire 90 minutes has been all too rare in recent games. Their defense has been breached in five of their past six matches, allowing six goals in the process. The team are unbeaten in their last five league home games. 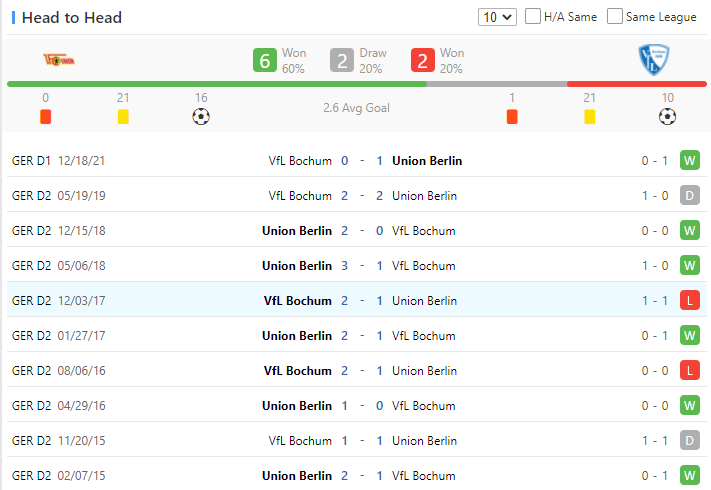 VfL Bochum
Bochum comes into this match on the back of a 2-1 victory against Arminia Bielefeld. Bochum has been scored against in five of their previous six games, resulting in a total of ten goals conceded. Their defense hasn't been very strong. In the previous five league meetings, the team had not won against Union Berlin. Away records aren't the best.

Prediction
Union Berlin appears to have a good chance of getting a lot of shots on goal and making them count. Bochum, on the other hand, may find it tough to break through their defense.

Football German Bundesliga VfL Bochum Union Berlin
(Disclaimer：Any views or opinions presented are solely those of the author and do not necessarily represent those of NowGoal. We disclaim any responsibility and accepts no liability for any direct or indirect loss or damage arising from any inaccuracies.)