The much-anticipated FA Cup Final between Chelsea and Liverpool will take place on Saturday. Which team will win the championship? It should be quite a show.

Liverpool
Although the Premier League crown is most likely out of their grasp, the Reds still have a chance to win two more medals this season. They have already won the EFL Cup and are in the Champions League final (against Real Madrid). They also have a chance to win the FA Cup before that. Since December, Liverpool has only lost one game. The best part is that the majority of Liverpool's players are in good shape and ready for the big game - Mohamed Salah, Sadio Mane, Diogo Jota and so on. 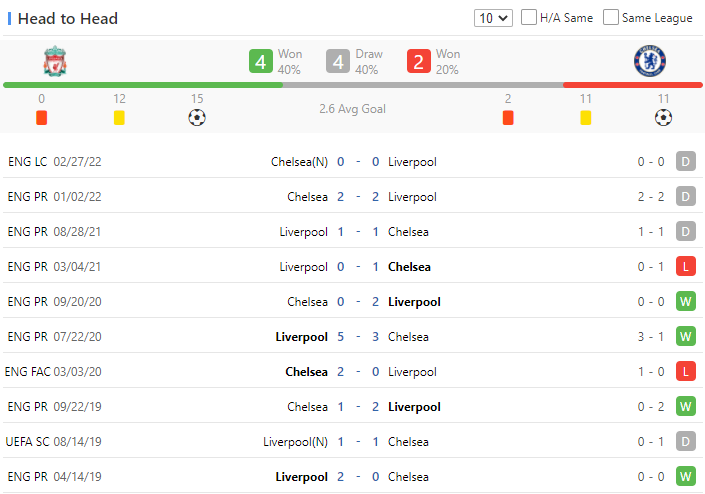 Chelsea
In their past six EPL games, the Blues have only got 8 points. West Ham and Leeds United were the only two team they beat during that time. They lost to Everton and Arsenal and drew with Manchester United and Wolves. The 0-3 away win over Leeds United was their most recent game. We can see an improvement in their condition. One of the reasons for Chelsea's poor form is that the team has injury difficulties in the middle of the pitch - N'Golo Kante, Jorginho, and Callum Hudson-Odoi are all listed as injured.

Prediction
Liverpool is the favorite to win on Saturday, according to the oddsmakers, owing to their recent success. The Reds have other things on their minds, but winning the FA Cup is undoubtedly one of them.

Football England FA Cup Chelsea Liverpool
(Disclaimer：Any views or opinions presented are solely those of the author and do not necessarily represent those of NowGoal. We disclaim any responsibility and accepts no liability for any direct or indirect loss or damage arising from any inaccuracies.)