Pacos de Ferreira vs Benfica will take place on Friday 13th May, 2022 at 20:15 (UK) at Estádio da Capital do Móvel in Paços de Ferreira

Pacos Ferreira have a lot of players missing for this final game of the season. On the other hand, Pacos de Ferreira resides at the 10th position on the table with only 38 points. Of the 33 matches played, they won 9 times in the league while drew on 11 and lost on 13 other occasions 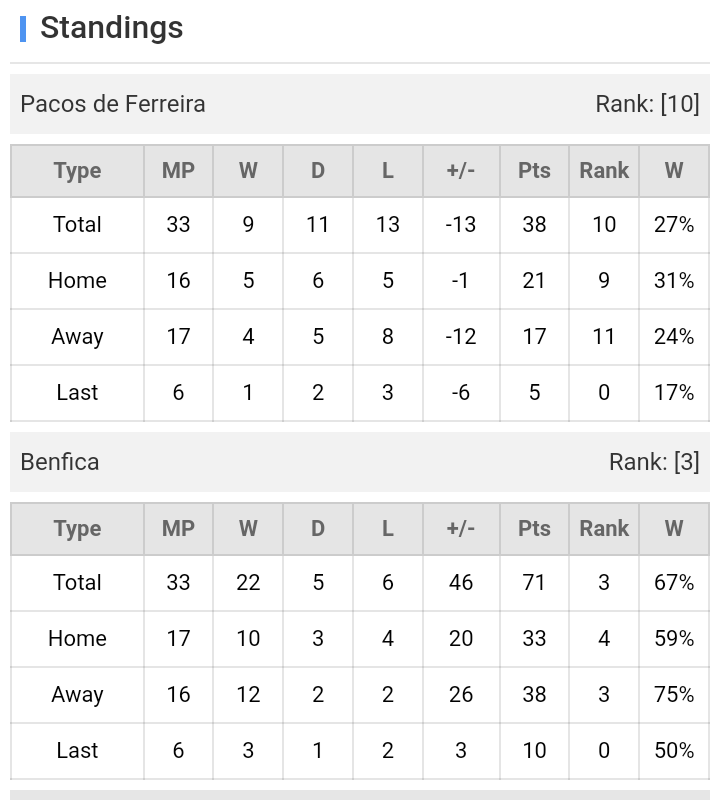 The Eagles are at the 3rd spot on the standing with 71 points from 33 games. They won 22 times in the league while drew on 5 and lost on 6 other occasions. The visitors have booked a spot for the Champions League qualifiers next season after failing to catch up with Sporting CP. They have the second best netting numbers this season with 76 in total.

The hosts are left without a victory over Benfica in their previous 11 matches in the league. But they haven’t been defeated in their previous 3 home league matches. Meanwhile, Benfica won the last 9 h2h games over this foe across all competitions.

Football Portugal Primeira Liga Benfica Pacos de Ferreira
(Disclaimer：Any views or opinions presented are solely those of the author and do not necessarily represent those of NowGoal. We disclaim any responsibility and accepts no liability for any direct or indirect loss or damage arising from any inaccuracies.)