Pacos seven team players will be absent for the match, as Is going to be a tough match to win hopefully. Pecos has seen just one win, two draw a, and two losses in their last five games and was able to land only one home game with a poor late scoring and lack of team spirit. 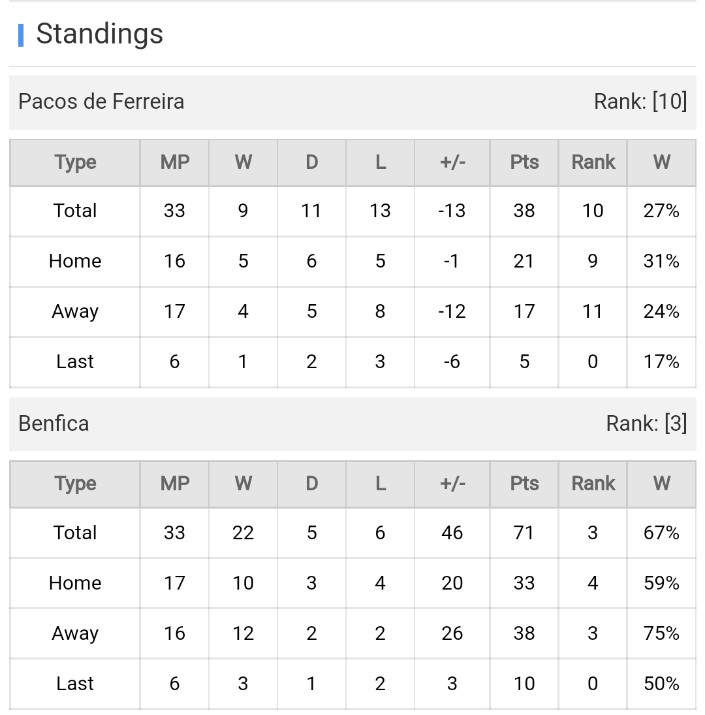 Porto has scored against Pacos with 2+ goals at each meetings

Football Portugal Primeira Liga Benfica Pacos de Ferreira
(Disclaimer：Any views or opinions presented are solely those of the author and do not necessarily represent those of NowGoal. We disclaim any responsibility and accepts no liability for any direct or indirect loss or damage arising from any inaccuracies.)