Dallas will take a trip to Dignity Health Sports Park for MLS against Los Angeles Galaxy.

Los Angeles Galaxy
They get 6W-1D-3L this season so far, ranking fourth at the table of Western Conference. Their key player, Chicharito plays especially well, who has scored five goals for the team this season so far. But they rely heavily on him. If he does not score, they will possibly lose the game.

FC Dallas
They make great progress this season. They have been unbeaten for ten matches this season so far, which makes them up to the third at the table of Western Conference. They play well on offence, with 1.6 scoring goals this season on average. 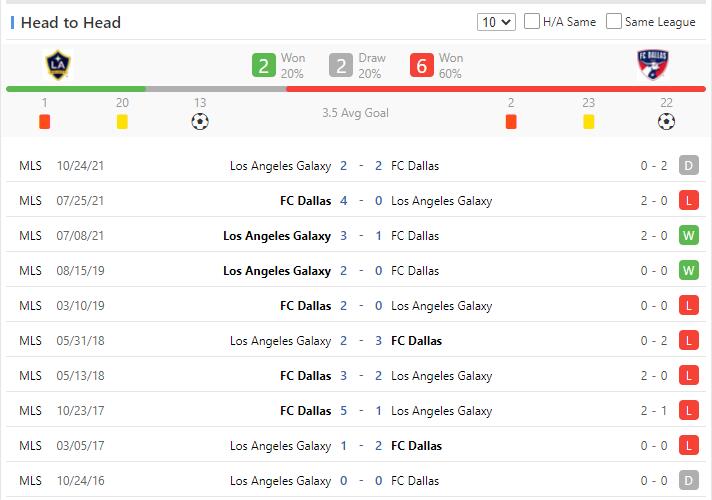 Football USA Major League Soccer FC Dallas Los Angeles Galaxy
(Disclaimer：Any views or opinions presented are solely those of the author and do not necessarily represent those of NowGoal. We disclaim any responsibility and accepts no liability for any direct or indirect loss or damage arising from any inaccuracies.)