Spurs take on Arsenal in a possibly season-defining North London rivalry on Thursday night at the Tottenham Hotspur Stadium.

Tottenham Hotspur
While poor performances in April hurt their chances of finishing in the top four, Tottenham bounced back by defeating Leicester City and ending Liverpool's 12-game Premier League winning streak at Anfield. They've only kept one clean sheet in their previous seven Premier League home games, allowing one goal in each of the last four. 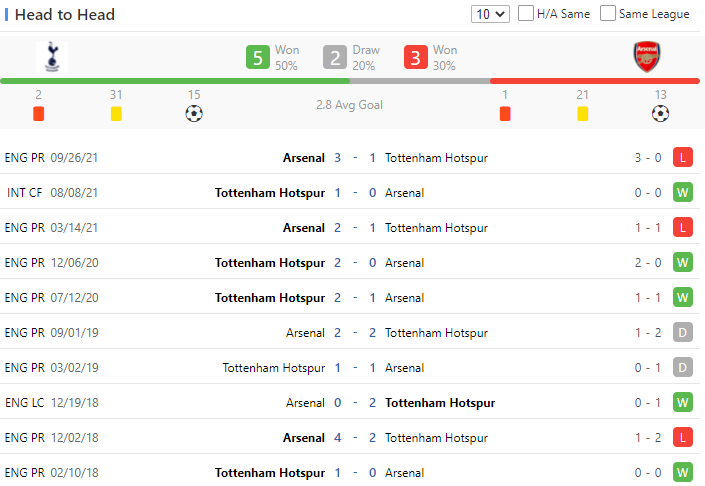 Arsenal
With four straight victories over Chelsea, Manchester United, West Ham United, and Leeds United, the Gunners have control of their top-four destiny coming into the closing stretch. They have also won five of their previous seven road trips. The Gunners are now fourth in the table - four-point lead over the Spurs in fifth position.

Prediction
The Gunners, along with Manchester City, are the only team in the tournament to have won four consecutive games. Meanwhile, the Spurs are one of just four clubs in the league to have won four of their previous five home games. Considering these factors, either club should be able to score on Thursday.

Football English Premier League Arsenal Tottenham Hotspur
(Disclaimer：Any views or opinions presented are solely those of the author and do not necessarily represent those of NowGoal. We disclaim any responsibility and accepts no liability for any direct or indirect loss or damage arising from any inaccuracies.)