Denmark Superligaen- Midtjylland vs Brondby IF

Brøndby IF make the trip to MCH Arena on Thursday for the Superliga showdown with home side FC Midtjylland.

Midtjylland have won five of their last nine home games, scoring at least twice on all five occasions. Midtjylland has won 8 games, they have 1 game that the final result was a draw, and they have lost 1 game in the last 10 games. Midtjylland are poised to pounce on any further slip-up from Superliga leaders Copenhagen and can apply some pressure with a win over a broken Brondby team that have put up a poor defence of their title. 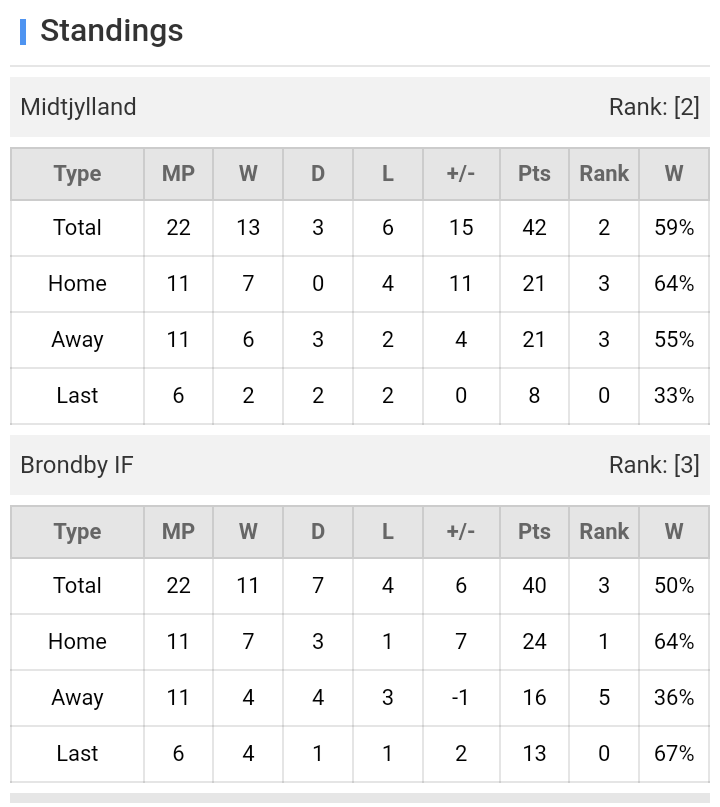 Brondby have conceded at least two goals in their last four Superliga away games. Brondby have dropped so far out of contention that they now need favours just to get into the Conference League after a run of seven straight defeats. Brondby has won 1 game, they have 2 games that the final result was a draw, and they have lost 7 games in the last 10 games. Brondby are in poor form

Brøndby IF have the capability to break down this FC Midtjylland outfit, however it probably won’t quite be as many as they will concede.

Football Denmark Superligaen Brondby IF Midtjylland
(Disclaimer：Any views or opinions presented are solely those of the author and do not necessarily represent those of NowGoal. We disclaim any responsibility and accepts no liability for any direct or indirect loss or damage arising from any inaccuracies.)