The match between Rangers vs Ross County for the Scotland Premiership competition is scheduled to be played on 11 May, 2022. The match kicks off at 19:45 UK time. It will take place at the Ibrox Stadium, in Glasgow.

Rangers will want to continue from where they left off last time out with a 2-0 Premiership victory over Dundee United. Rangers has won 6 games, they have 1 game that the final result was a draw, and they have lost 3 games in the last 10 games. Rangers are unbeaten across their last 15 meetings against Ross County. 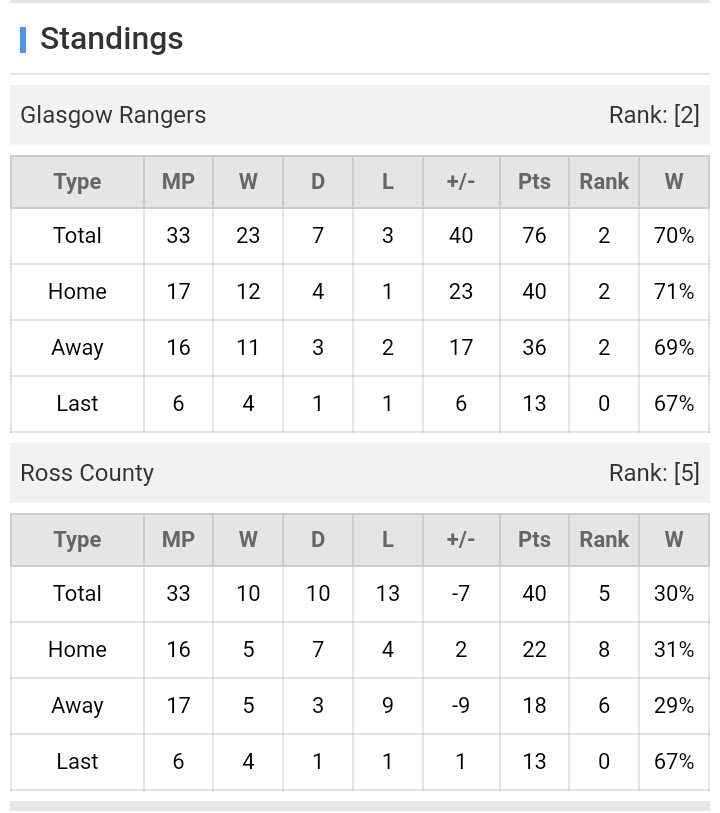 The visitors are now on a run of three matches without a win after they lost 1-0 to Motherwell last time out and whilst they are still in the race for a top-four place, that poor result at the weekend has seen them fall into sixth place and three points behind Dundee United.

The visitors notoriously don’t fare well against Rangers and we think they’ll leave Ibrox having been dealt a heavy defeat.

Football Scottish Premier League Ross County Glasgow Rangers
(Disclaimer：Any views or opinions presented are solely those of the author and do not necessarily represent those of NowGoal. We disclaim any responsibility and accepts no liability for any direct or indirect loss or damage arising from any inaccuracies.)