At Ibrox Stadium, the Rangers go head to head against Ross Country.

Always focused and which placed them second place at the table. Has played five matches (W3, D1, L1) with 9 goals and has converted last-minute goals in the competition. Ranger has won all home games in their last five matches. 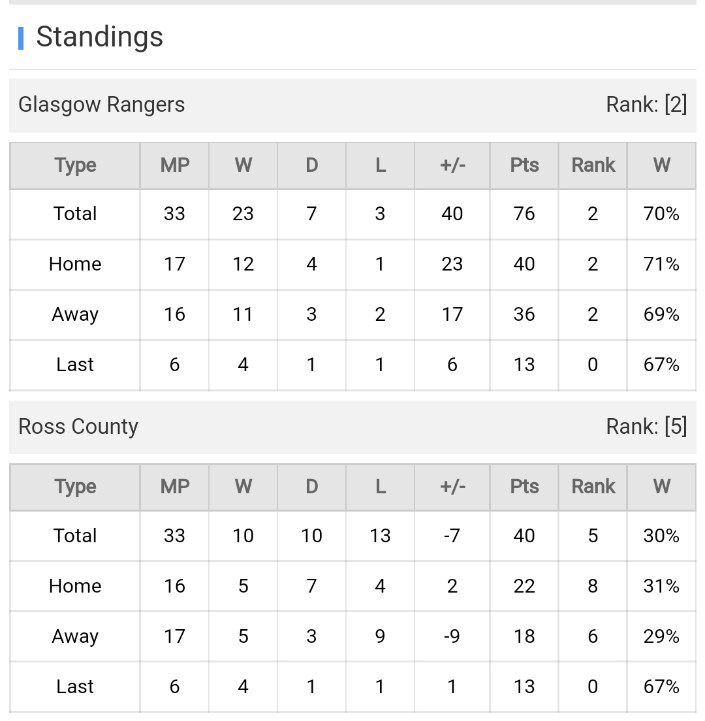 Ross is rock bottom with just one game won in their last five matches (W1, D2, L2) and has not perfectly completed an away game in 5 attempts. The team is struggling badly but still has the best form of defense which no goals than 2+ at each meeting.

Football Scottish Premier League Ross County Glasgow Rangers
(Disclaimer：Any views or opinions presented are solely those of the author and do not necessarily represent those of NowGoal. We disclaim any responsibility and accepts no liability for any direct or indirect loss or damage arising from any inaccuracies.)