Monday’s football game between Belenenses and Famalicao will bring down the curtain on day 33 of the 2021/2022 Primeira Liga campaign.

Belenenses
O Belem face a must-win situation against Famalicao as they are five points behind the safe zone. Both Sandro Raniere and Sphephelo Sithole are banned for the match, while Safira is a major doubt after limping off with an injury in a 1-0 loss to Braga.

FC Famalicao
Vila Nova, secured the elite division survival thanks to a 3-1 win over Estoril. Since Belenenses want this win more than Famalicao. As for the away side, all Ivan Jaime, David Tavares, and Ruben Lima should miss out through injuries. 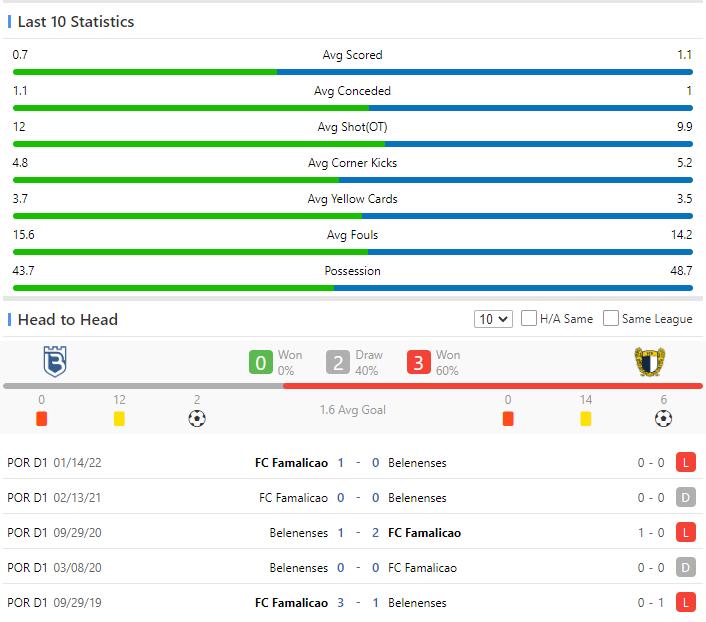 Verdict:
Famalicao have never been defeated by Belenenses in the past, getting a psychological advantage. Belenenses are full of ambitions for the struggle against relegation. And they have home advantage. It is believed that Belenenses will take one point from Famalicao at least in the coming match.

Football Portugal Primeira Liga FC Famalicao Belenenses
(Disclaimer：Any views or opinions presented are solely those of the author and do not necessarily represent those of NowGoal. We disclaim any responsibility and accepts no liability for any direct or indirect loss or damage arising from any inaccuracies.)