The game between Dundee and Hibernian of Cinch Premiership at Dens Park is coming this week.

Dundee
Dundee’s relegation back to the Championship will be confirmed if Mark McGhee’s men don’t win Tuesday’s final home game of the season against Hibernian. The Dens Park outfit’s fate appeared to have been sealed when they went nine games without a win between December and February, losing six straight games in that span. Dundee have failed to win any of their last ten 10 matches against Hibernian, including their last six at home. 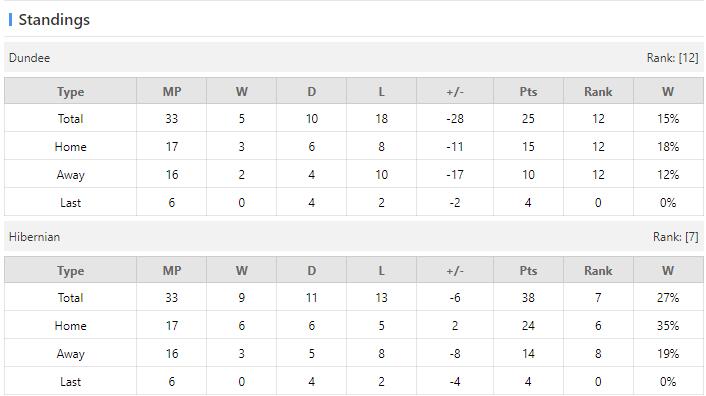 Verdict:
The Dee have lost back-to-back away games 1-0, but have been better at home – drawing three of their last five on Tayside. Hibs have not lost any of their last ten games against Dundee. We expect to see a narrow win from Hibernian.

Football Scottish Premier League Hibernian Dundee
(Disclaimer：Any views or opinions presented are solely those of the author and do not necessarily represent those of NowGoal. We disclaim any responsibility and accepts no liability for any direct or indirect loss or damage arising from any inaccuracies.)