Braga's recent form all has to do with the team spirit, having won their last two matches with a smooth 1 goal and run a defensive game till the match end. The race for a clean sheet was shattered by Ranger but has played five matches (W3, D1, L1) with four goals in their last five matches. 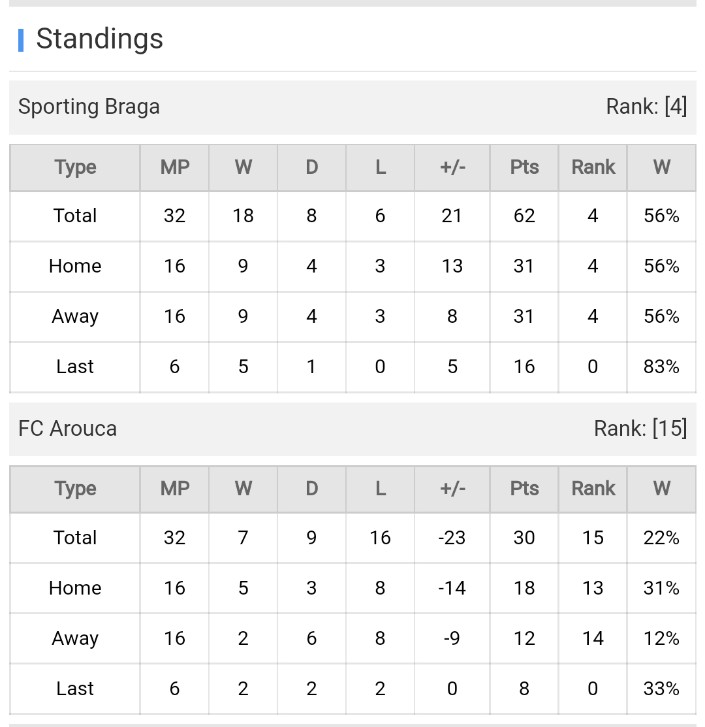 The last win was successful as they held on with 1-0 and the team is ranked 16th in goals conceded per match(0.9). Their performance kept the bottom three at the table with just 3 point to fall below. Arouca are avoiding relegation and winning the match or draw will mean a lot, has played five matches ( W2, L2, D1).

H2H, both wins and draws Braga had more win against the opponent since 2021 but Brage has not lost in last 7 attempts.

Football Portugal Primeira Liga FC Arouca Sporting Braga
(Disclaimer：Any views or opinions presented are solely those of the author and do not necessarily represent those of NowGoal. We disclaim any responsibility and accepts no liability for any direct or indirect loss or damage arising from any inaccuracies.)