Toulouse will be hoping to bounce back here after a 1-0 Ligue 2 loss in their previous game against Rodez. Toulouse has won 7 games, they have 1 game that the final result was a draw, and they have lost 2 games in the last 10 games. Toulouse is staring at an eminent promotion to Ligue 1. However, they are only 5 points clear of second place, which means losing the next two games will see them slide to second place but still secure a direct promotion. 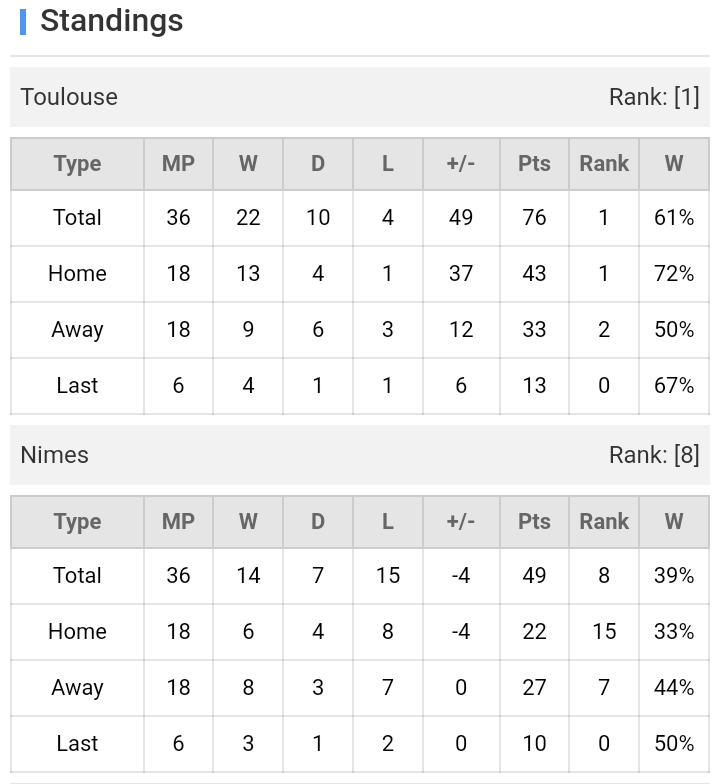 Nimes will come into the encounter after a 1-3 Ligue 2 win with the eclipse of AS Nancy Lorraine in their previous fixture.  Nimes has won  4 games, they have 2 games that the final result was a draw, and they have lost 4 games in the last 10 games. In conclusion they won 40% of the games in their last 10 games.

It’s looking like Nîmes will do really well to be getting goals against a Toulouse side who will most probably control this match. Checking on their prior head-to-head clashes shows us that Toulouse have won 4 of these and Nîmes 2, with the tally of drawn matches standing at 0. Home team will dominate in this game

Football France Ligue 2 Nimes Toulouse
(Disclaimer：Any views or opinions presented are solely those of the author and do not necessarily represent those of NowGoal. We disclaim any responsibility and accepts no liability for any direct or indirect loss or damage arising from any inaccuracies.)