Regensburg will face off against visiting rivals Heidenheim at Jahnstadion Regensburg in this Bundesliga 2 fixture on Saturday.

Jahn Regensburg
Regensburg have not been in good form recently, drawing four and losing two in six games, but they have avoided relegation and are more relaxed. They have scored in five consecutive games and have been relatively consistent in attack, but have also conceded goals.

Heidenheimer
Heidenheimer has had a poor season, with poor results on the road the main reason. The team has scored just one point in their last four games, conceded nine goals in total and has been very inconsistent defensively. 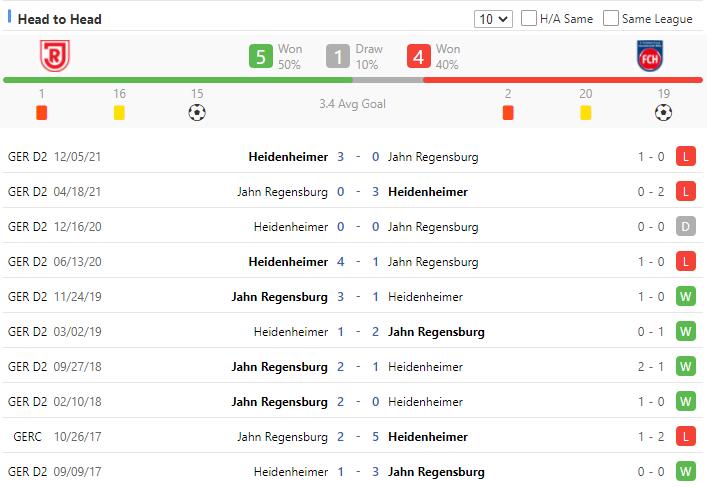 Verdict:
There is a lack of motivation on both sides. The 1X2 first odd is 2.30-3.20-2.70, seems no clearly support to both side. This game should probally end of draw.

Football German Bundesliga 2 Heidenheimer Jahn Regensburg
(Disclaimer：Any views or opinions presented are solely those of the author and do not necessarily represent those of NowGoal. We disclaim any responsibility and accepts no liability for any direct or indirect loss or damage arising from any inaccuracies.)