At Jysk Park, Silkeborg goes head to head against Randers FC on Friday.

The team's five players will be absent from the match and will be playing with the available players. Ranked 3rd in goals conceded per match(1.0goals) and has created the 2nd big chances in the competition, with five straight wins (W5) in their last five matches. 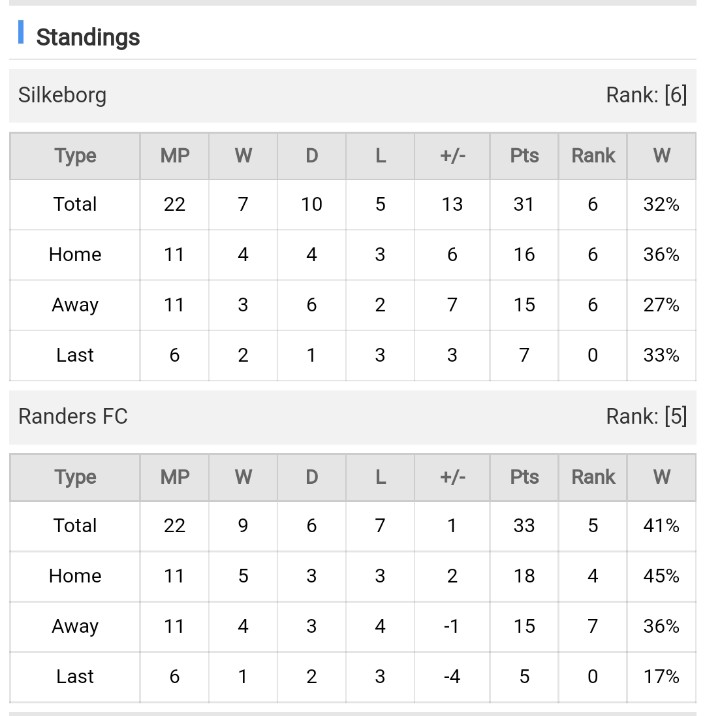 Successfully scored five goals in their last five games and won their last two matches, which the team as found the ability to return the table to their side as they have won two matches against the opponent this season and will planing on doing the same again.

The team's has a scoring ability at H2H so we are going to be seeing more goals.

Football Denmark Superligaen Randers FC Silkeborg
(Disclaimer：Any views or opinions presented are solely those of the author and do not necessarily represent those of NowGoal. We disclaim any responsibility and accepts no liability for any direct or indirect loss or damage arising from any inaccuracies.)