The thirteenth and the fourteenth at the table of Holland Eredivisie will meet at Cambuur Stadion on Friday.

SC Cambuur
They are not in form, which have been winless for seven matches. Fortunately, they have achieved their goal of safety. Now they rank thirteenth at the table of the League, with eight points away from relegation.

RKC Waalwijk
They came back to the League in the 19/20 season. The most important thing for them each season is to avoid relegation. Now they are fourteenth at the table of the League. In the last game, they surprisingly defeat Groningen 3-1. 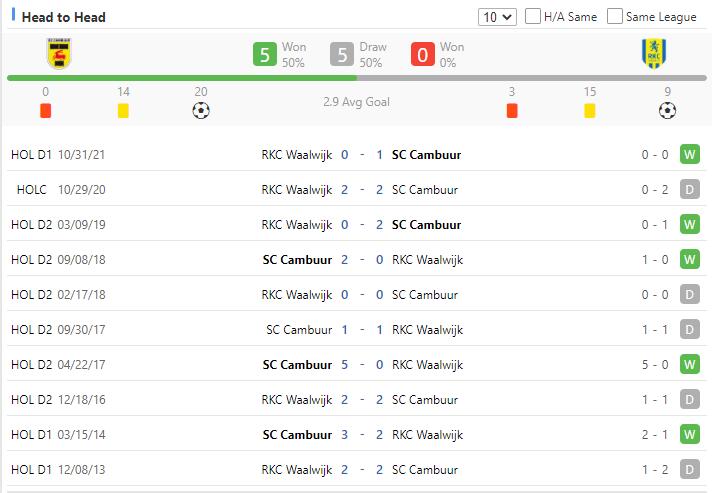 Verdict:
SC Cambuur have never been defeated by RKC Waalwijk in the past, which take the upper hand. But SC Cambuur are in a poor state. RKC Waalwijk are in high morale after an unexpected victory. So the result of the upcoming game is suggested to be a draw.

Football Holland Eredivisie RKC Waalwijk SC Cambuur
(Disclaimer：Any views or opinions presented are solely those of the author and do not necessarily represent those of NowGoal. We disclaim any responsibility and accepts no liability for any direct or indirect loss or damage arising from any inaccuracies.)