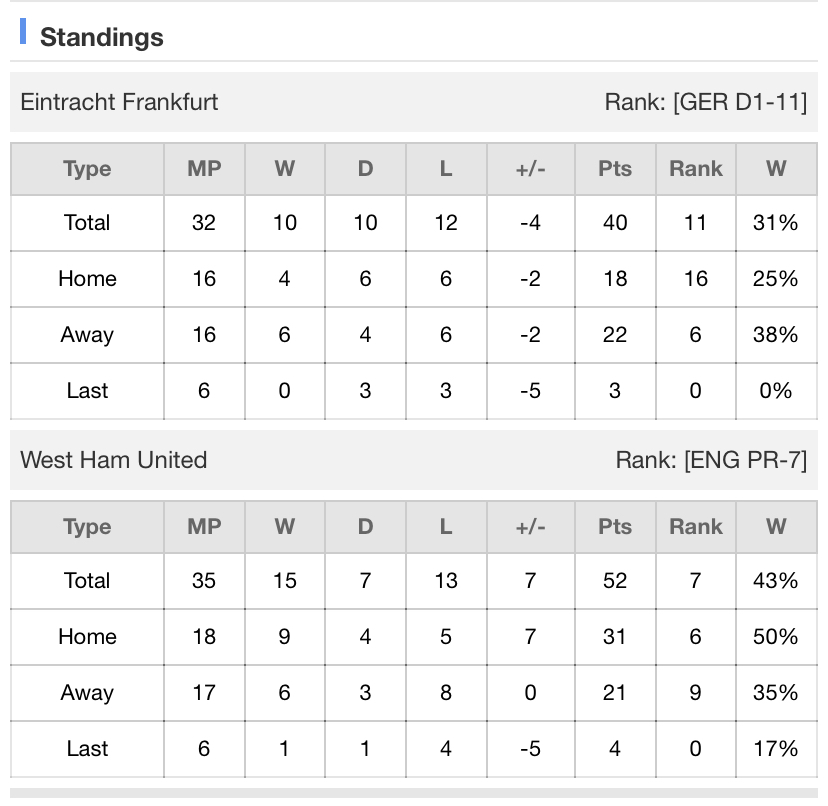 Taking a glimpse into history, in 2015 and 2016, West Ham United were two times involved in the UEFA Europa League qualifying rounds, but were knocked-out before the tournament proper. “Team had suffered same defeat against Sevilla” said goalscorer Antonio after a 1-2 loss to Eintracht Frankfurt in their last H2H and promised a surprise in this coming game to keep alive, their hope of reaching the final. Hopefully, we’re expecting more goals.

Verdict: Both clubs have done well in their respective Europa League groups. It is going to be a tough game, a hard one to predict the outcome.Nevertheless, Both team to score will be a safe pick.

Football UEFA Europa League West Ham United Eintracht Frankfurt
(Disclaimer：Any views or opinions presented are solely those of the author and do not necessarily represent those of NowGoal. We disclaim any responsibility and accepts no liability for any direct or indirect loss or damage arising from any inaccuracies.)