Glasgow Rangers and RB Leipzig will fight for the 2nd of UEFA Europa League Semi-Final at Ibrox Stadium on Thursday.

Glasgow Rangers
They are competing for Championship. Six points separating them from the first. They still stand the chance to remain the title of Scottish Premier League. So they will focus on the National League. There is bad news that Alfredo Jose Morelos Avilez, Kemar Roofe will be possibly on the bench, which weakens their offence.

RB Leipzig
They are getting back in form since Domenico Tedesco takes over the team. They have a busy schedule in these days as they have to prepare for the National League, Europa League and Germany Cup. Fortunately, they are in good condition except Amadou Haidara is suspended due to injury. 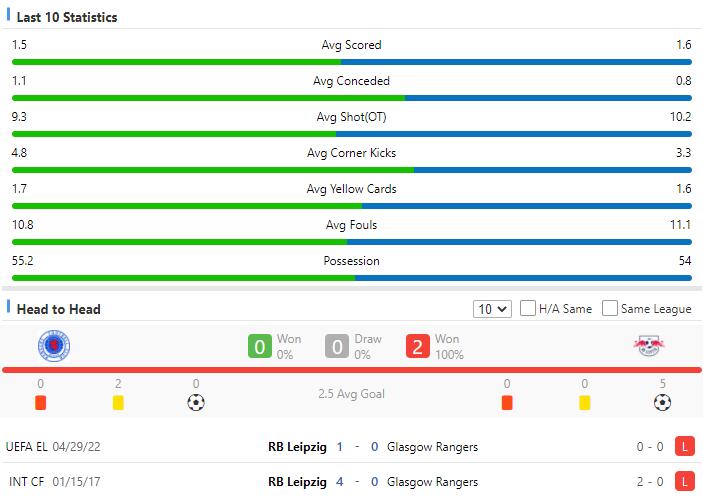 Football UEFA Europa League RB Leipzig Glasgow Rangers
(Disclaimer：Any views or opinions presented are solely those of the author and do not necessarily represent those of NowGoal. We disclaim any responsibility and accepts no liability for any direct or indirect loss or damage arising from any inaccuracies.)