There is a lot of hype about Real Madrid heading into this one, which has been earned by their European dominance over the years. While they head into this game on the back of winning La Liga, the idea that City should be fearful looks a little overblown in my eyes.While City could have put this tie to bed at home, their lead is a valuable one. Real are being put forward as comeback kings, but they have been eliminated in all five previous Champions League semi-finals when they’ve lost the first leg. 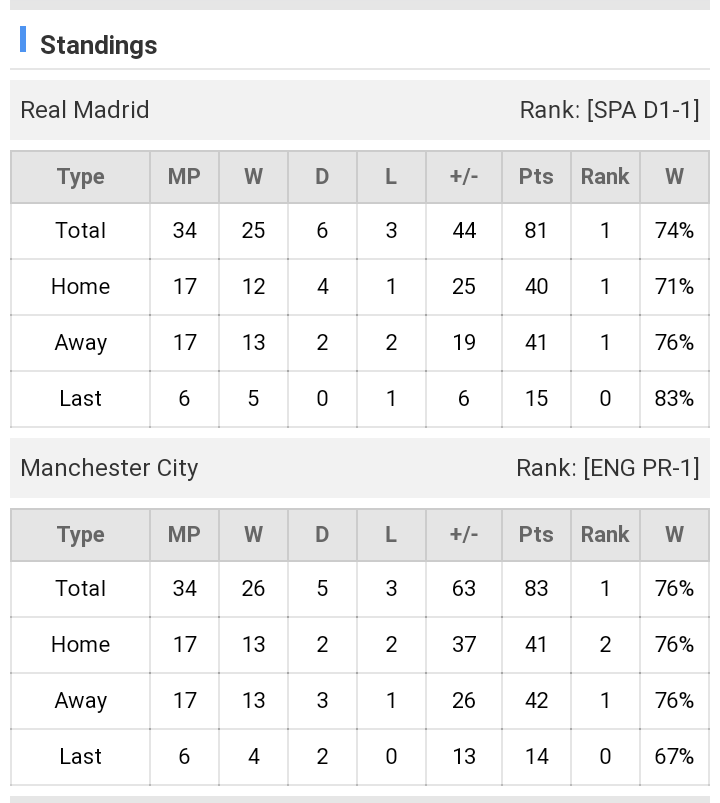 Manchester City have won their last three Champions League matches against Real Madrid and they’re out to make it four on Wednesday night. While the Citizens have progressed from the last two rounds with 0-0 draws in the second-leg, Pep Guardiola suggested their intent will be a lot different this week. They have won their last four matches heading into this game, scoring an impressive 16 goals along the way.