The match between America MG and Atletico Mineiro in Copa Libertadores group stage is coming this weekend.

America MG
They have a busy schedule during April as they play Copa Libertadores, the National League and the cup, which causes them fatigued. They have not got any victory in the group stage of the Tournament yet. In the last game, they defeat Atletico Paranaense 1-0.

Atletico Mineiro
They are in an unbelievably good state, which have been unbeaten for eighteen matches. Now they rank the third in Brazil Serie A and the second in Copa Libertadores Group D. In the last game, they tie with Goias 2-2. 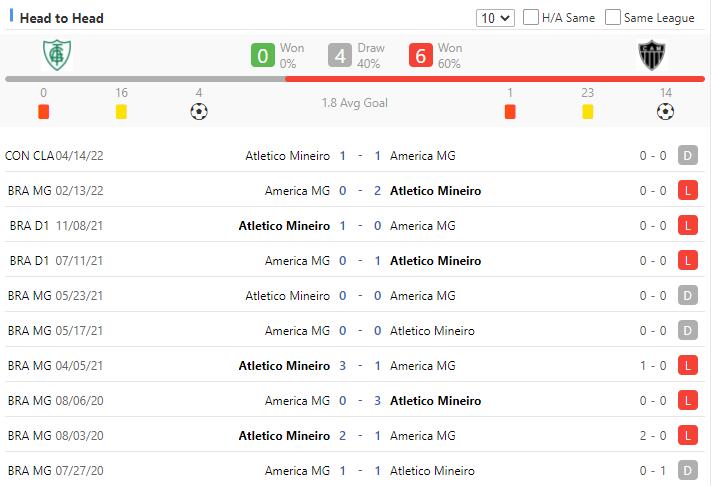 Football Copa Libertadores Atletico Mineiro America MG
(Disclaimer：Any views or opinions presented are solely those of the author and do not necessarily represent those of NowGoal. We disclaim any responsibility and accepts no liability for any direct or indirect loss or damage arising from any inaccuracies.)