Huge defeat in Liga at their last two matches, repeating the same strategy in their previous match trying to rest players and which has cost them the top-four spot. Villarreal lost their first leg at England and how the opponent is coming to Spanish soil but Villarreal is unbeaten in 12 home games. 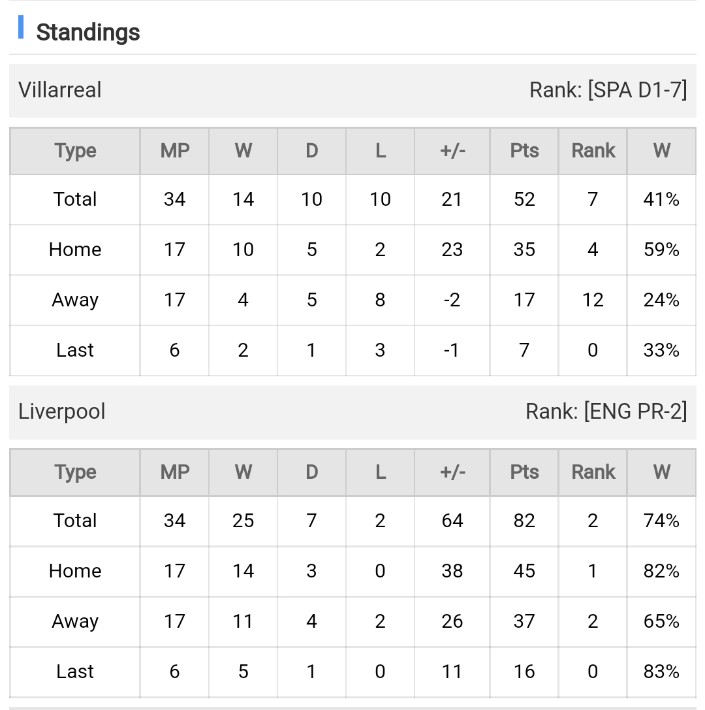 Has completed a clean sheet in the league and also in the champion league, which they haven't lost in 12 matches both home and away. With the performance, Liverpool is going for the double win which they are just one point from man city and are also focused on winning the champion league.

The first leg for Liverpool was a win and was hard to see the net in Villarreal but H2H Liverpool has more wins than their last meet.

Football UEFA Champions League Liverpool Villarreal
(Disclaimer：Any views or opinions presented are solely those of the author and do not necessarily represent those of NowGoal. We disclaim any responsibility and accepts no liability for any direct or indirect loss or damage arising from any inaccuracies.)