The meeting at Philips Stadion on Sunday sees hosts PSV Eindhoven up against opponents in Ajax.

PSV Eindhoven
PSV Eindhoven will be looking for a repeat result of the 2-1 KNVB Beker triumph versus Telstar. PSV Eindhoven haven’t been able to stop scoring goals, finding the back of the net every time they’ve gone out to play in their last 6 games. They’ve claimed a sum of 13 during that time while also conceding a total of 3. 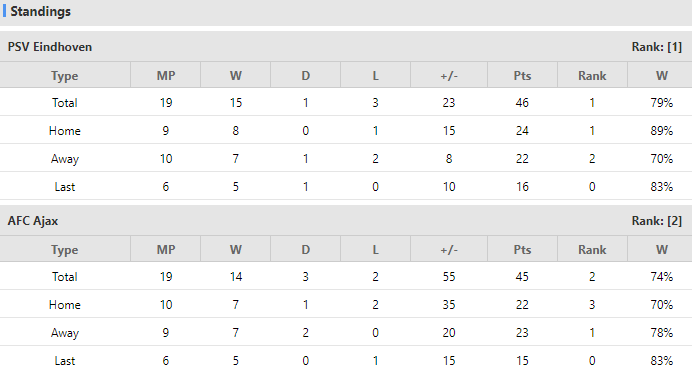 AFC Ajax
Ajax come into this encounter after a 9-0 KNVB Beker win to defeat Excelsior Maassluis in their most recent match. Illustrating their involvement in productive encounters, goals have been seen as many as 26 times in the last six matches in which Ajax have taken to the field, making it a mean average of 4.33 goals for each meeting. Opposing teams have hit 2 of those goals. Nonetheless, it remains to be seen if that pattern will persist in this upcoming match.

Verdict:
In contrast, PSV Eindhoven might well find it a difficult task to find the back of the net- but, we do see them converting at least once here. Therefore, we are anticipating a comfortable 1-3 margin for Ajax when all’s said and done.

Football Holland Eredivisie AFC Ajax PSV Eindhoven
(Disclaimer：Any views or opinions presented are solely those of the author and do not necessarily represent those of NowGoal. We disclaim any responsibility and accepts no liability for any direct or indirect loss or damage arising from any inaccuracies.)