QPR promotion race is tattered, though one win in their last five matches and the one win is a home win that comes from the relegation team derby 1-0 securing back-to-back home league win for the first time in 2022 is possible, which they can repeat this same. QPR had won (W1, D1, L3) and has not kept a clean sheet in 6 attempts. 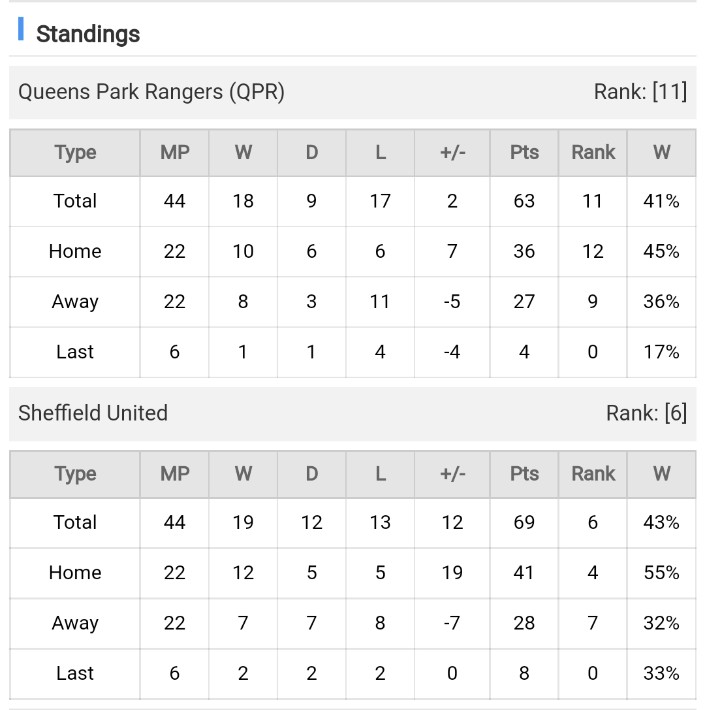 6th place at the table and still racing for a promotion to the premier league. After a win in their last game and winning this game will put them back on track.  They haven't recorded back-to-back wins since February and failed to win any of their last six away games. United has seen a possible win in their last five games(W2, D2, L1).

No championship team has scored fewer away league goals after the 75th minute than Sheffield United and they have seen more wins than QPR.

Football England Championship Sheffield United Queens Park Rangers (QPR)
(Disclaimer：Any views or opinions presented are solely those of the author and do not necessarily represent those of NowGoal. We disclaim any responsibility and accepts no liability for any direct or indirect loss or damage arising from any inaccuracies.)