The match between QPR and Sheffield is coming this week.

Queens Park Rangers (QPR)
They are tenth at the table of the League, with six points away from the sixth. It seems impossible for them to upgrade. So they are aimless at present. In the last game, they are defeated by Stoke City 1-0, coming back to the losing way.

Sheffield United
Instead, they rank sixth at the table of the League. There is still hope for them to upgrade. In order to stay Top Six, they must try their best. They play well on defence, with only one conceding goal this season on average. 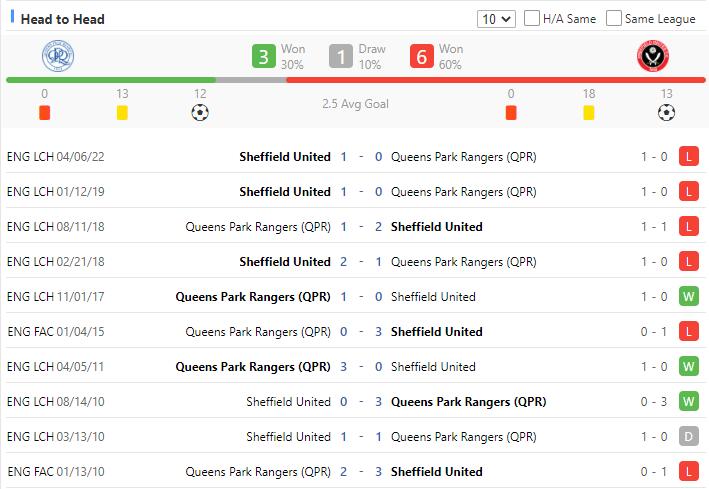 Verdict:
Sheffield got a winning streak from QPR in past head to head clashes, which makes them get a psychological advantage. Besides, QPR are in a poor state while Sheffield are full of ambitions. So Sheffield United are more likely to win in the coming game.

Football England Championship Sheffield United Queens Park Rangers (QPR)
(Disclaimer：Any views or opinions presented are solely those of the author and do not necessarily represent those of NowGoal. We disclaim any responsibility and accepts no liability for any direct or indirect loss or damage arising from any inaccuracies.)