The final game of Swedish Allsvenskan Round 5 is held at Guldfageln Arena between Kalmar and IFK Norrkoping FK.

Kalmar
Their two-match winning streak is ended by GIF Sundsvall in the last game, which hurts their morale. They play well on both offence and defence, with 1.25 scoring goals and 0.5 conceding goal on average this season.

IFK Norrkoping FK
They play poorly this season, which have not got any victory this season yet. In the last game, they tie with Hacken 1-1, getting back in form. Now they rank at the bottom of the League table. 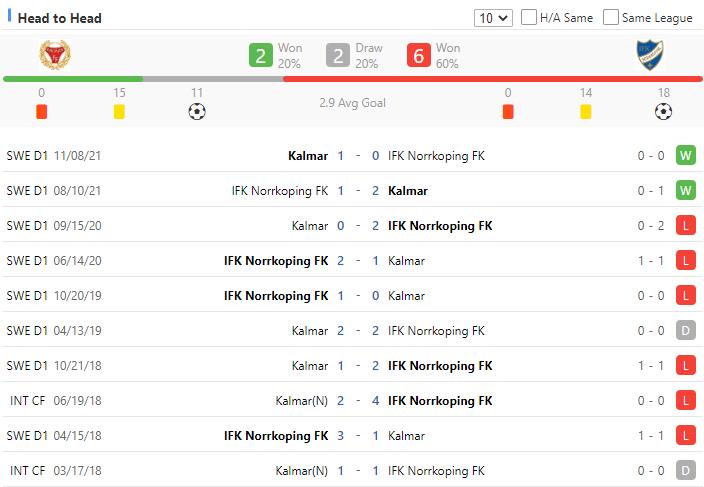 Football Swedish Allsvenskan IFK Norrkoping FK Kalmar
(Disclaimer：Any views or opinions presented are solely those of the author and do not necessarily represent those of NowGoal. We disclaim any responsibility and accepts no liability for any direct or indirect loss or damage arising from any inaccuracies.)