Denmark Superligaen championship is ongoing! Round 5 will end in a game between Brondby and Midtjylland.

Brondby IF
Brondby were top of the Danish Superliga only a few weeks ago, but a horrific run of five defeats in a row, failing to score in each game, has seen them drop to third. Niels Frederiksen’s side are six without a win, while they have also lost two in a row at home 1-0, to sixth place Randers and title rivals Aalborg.

Midtjylland
Midtjylland are only three points behind Copenhagan in the race for the title, helped by a run of one defeat in six, keeping three clean sheets in the process. Bo Henriksen’s side have only conceded 11 goals in 10 away fixtures, showing they are tough to break down, two of which came in a 2-0 defeat to Brondby earlier this year. 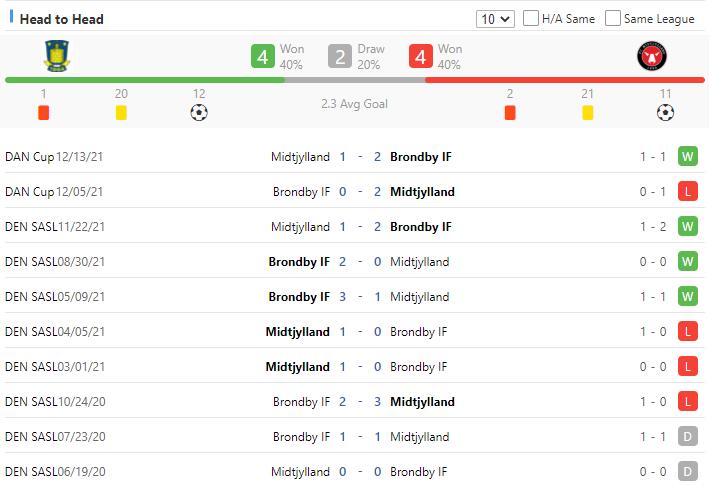 Verdict:
Both teams have scored in only two of their last five at home, and just one of their last ten at all venues, showing they are not great in front of goal. It is predicted that Brondby are going to win in the coming match with a home advantage.

Football Denmark Superligaen Midtjylland Brondby IF
(Disclaimer：Any views or opinions presented are solely those of the author and do not necessarily represent those of NowGoal. We disclaim any responsibility and accepts no liability for any direct or indirect loss or damage arising from any inaccuracies.)