Clue Brugge has had a successful run on a clean sheet and their ability and performance have skyrocketed this season. Clue Brugge has played six matches unbeaten and a margin of 2+ goals at each match both home and away. Have not been defeated at home in their last five matches, with 2.1 goals per match. 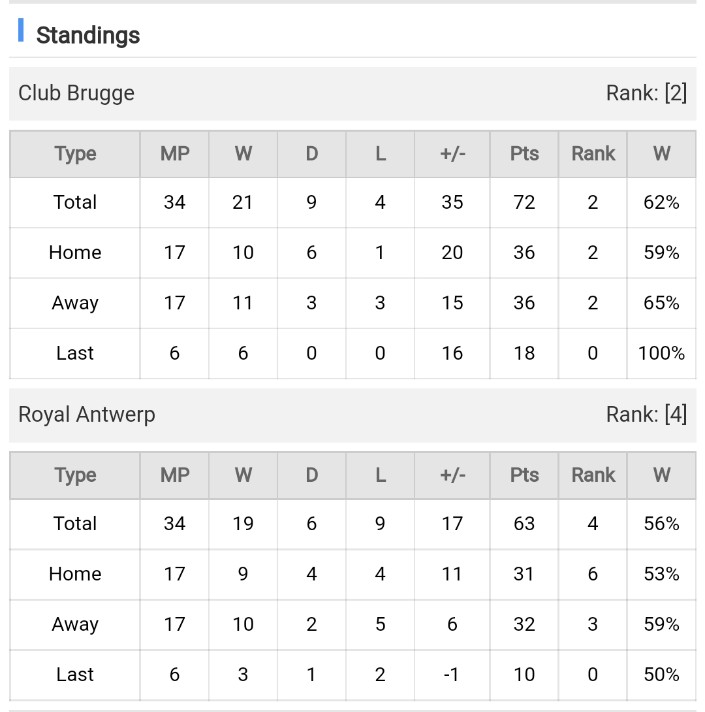 Opportunities to prove the worth of the team have Royal has been playing with confidence. Royal has played five matches ( W3, L1, D1) with six goals in their last five matches. Royal hasn't had a perfect run on away games have seen wins and losses on both sides.

Club's last meeting against Royal was a 4-1 margin but Royal has seen a goal at Club home and has also won against them.

Football Belgian Pro League Royal Antwerp Club Brugge
(Disclaimer：Any views or opinions presented are solely those of the author and do not necessarily represent those of NowGoal. We disclaim any responsibility and accepts no liability for any direct or indirect loss or damage arising from any inaccuracies.)