Pachuca face off with away team Club Tijuana at Estadio Hidalgo in this Liga MX (Clausura) clash on Tuesday.

Pachuca
Pachuca beat Tigres 2-1 in the last round. The team's form and morale are very good. They have won 7, drawn 1 and lost 1 in their last 9 games. With a win, they will be back at the top of the league, the fighting spirit is high. 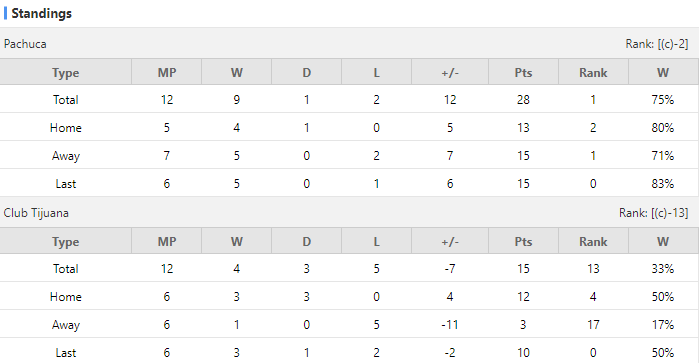 Club Tijuana
In the game prior to this, Club Tijuana drew 1-1 in the Liga MX (Clausura) match with Atlético San Luis. During their 6 latest matches, Sebastián Méndez's Club Tijuana have slotted home a total of 6 times, giving them a goals scored per game average of 1. Heading into this contest, Club Tijuana haven’t won away from home in the past 2 league matches.

Verdict:
Pachuca was the better side in form and strength. The 1X2  first odd is 2.25-3.50-3.10. which means support the home team. Pachuca should win this game.

Steph.C 586 Article
My name is Steph, I love football games and betting. Outside of the top five leagues, I also have attention to the others because they are more profitable and more exciting.
See More Article