Lyon
Lyon beat Troyes 0-1 away on Sunday and finally ended their winless run of five consecutive league games. Although they lost only once at home in Ligue 1 this season, they drew 5 of the 10 games in Parc Olympique Lyonnais. Defensive loopholes have kept them just one home clean sheet and prevented them from winning more fixtures. 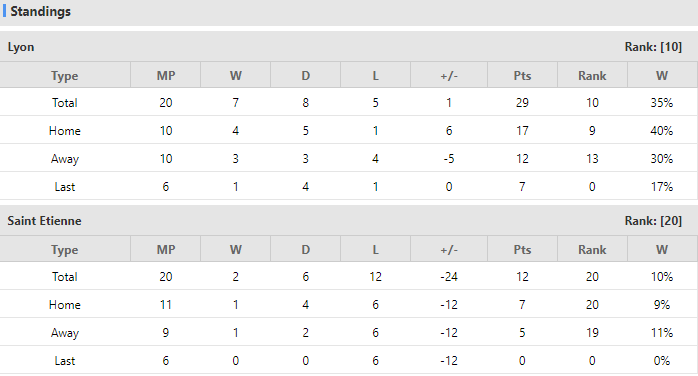 Saint Etienne
Saint Etienne extended their poor form by losing 2-1 to Lens at home last weekend. Dupraz is still looking for his first league victory as the boss. However, the team can get positive results from this defeat because they scored their first league goal since last November. The team have only won away once in the league this season.

Prediction
Lyon did well at home this season, while Saint Etienne have only won once away. Considering the home advantage and the stronger capability of Lyon, they are expected to win this game by large difference.

Football France Ligue 1 Saint Etienne Lyon
(Disclaimer：Any views or opinions presented are solely those of the author and do not necessarily represent those of NowGoal. We disclaim any responsibility and accepts no liability for any direct or indirect loss or damage arising from any inaccuracies.)