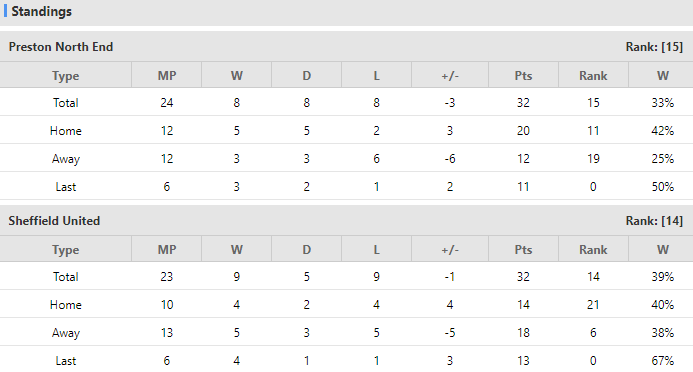 Verdict:
Looking at these two, we feel that Sheffield United and Preston North End should both get enough opportunities to score, although it’s hard to separate the two. It could well end in a draw. We’re therefore tipping a very close game with a 1-1 scoreline at the end of the 90.

Football England Championship Sheffield United Preston North End
(Disclaimer：Any views or opinions presented are solely those of the author and do not necessarily represent those of NowGoal. We disclaim any responsibility and accepts no liability for any direct or indirect loss or damage arising from any inaccuracies.)