Tuesday's NBA schedule will kick off with a game between the Memphis Grizzlies and the Indiana Pacers at Gainbridge Fieldhouse.

Indiana Pacers
The Indiana Pacers have fallen out of playoff contention in the East. On Sunday, Indiana lost 131-128 to Atlanta. The Pacers (23-46) made 15 of 35 shots on the three-point line and outrebounded the Hawks by 43-36. Tyrese Haliburton and Buddy Hield led Indiana with 25 points each with a total of 18 of 35. 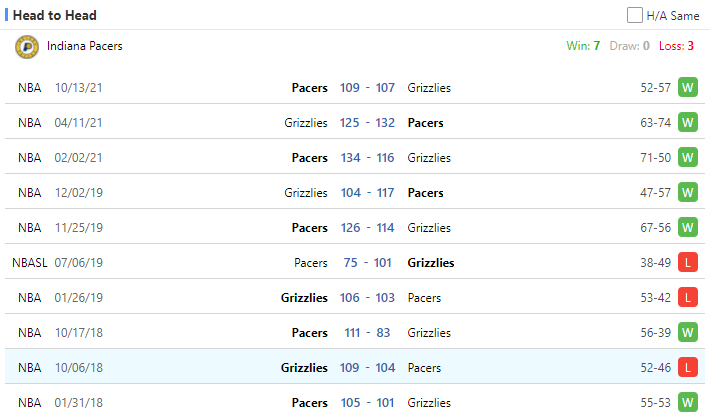 Memphis Grizzlies
The Grizzlies (47-22) are winning three consecutive games, half behind Golden State and ranking second in the West. Memphis led by 12 points after a quarter and beat Oklahoma City 125-118 away on Sunday. Desmond Bane led Memphis in a balanced attack with 21 points and 8 rebounds. Ja Morant contributed 17 points, 10 assists and 5 rebounds to the Grizzlies.

Prediction
Ja Morant is dealing with back pain and is listed as a suspect in the game. The Grizzlies are in the top six in rhythm and offensive efficiency. The more powerful game is for the Pacers to bring things closer than expected.