In the NBA game on Tuesday night, the Brooklyn Nets will invade the Amway Center to face the Orlando Magic.

Orlando Magic
The Orlando Magic have lost 24 of their 32 home games and have the worst overall record in the East. They lost 116-114 to Philadelphia in extra time on Sunday. The Magic (18-51) beat the 76ers on rebounds by 50-45 and made 18 of 43 shots on the three-point line. Wendell Carter Jr. led six Orlando players in doubles figures with 23 points and 12 rebounds. 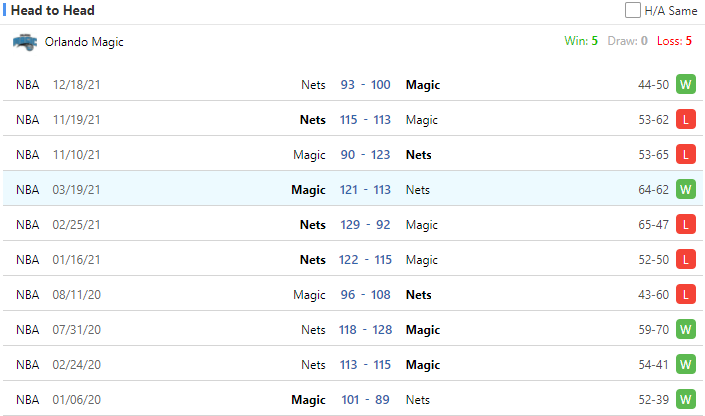 Brooklyn Nets
The Nets (35-33) have won three consecutive games, 2.5 games behind Toronto and rank seventh in the East. On Sunday, Brooklyn shot 49% and made a 110-107 success to New York at home. Kevin Durant scored a season-high 53 points and nine assists in 19 of 37 shots. Andre Drummond contributed 18 points and 10 rebounds for the team.

Prediction
During this winning streak, the Nets opened all their offensive firepower, and they performed better away. The Orlando Magic have found a way to win recently, but we can't ignore that they lose an average of 8.1 points at home. The Nets should make a success with an almost complete lineup.