Stade Sebastien Charlety will host a game between Paris FC and Le Havre on Monday.

Paris FC
They have been unbeaten for ten matches even with 80% winning percentage. And they play well on both offensive and defensive, with 28 scoring goals and 6 conceding goals during that time. Now they are the fifth in the table of the League.

Le Havre
They rank the sixth in the table of the League. In last game, they lose to Sochaux at 0-1 even if they have higher possession percentage. Luckily they are good at away games, with 89% unbeaten rate. 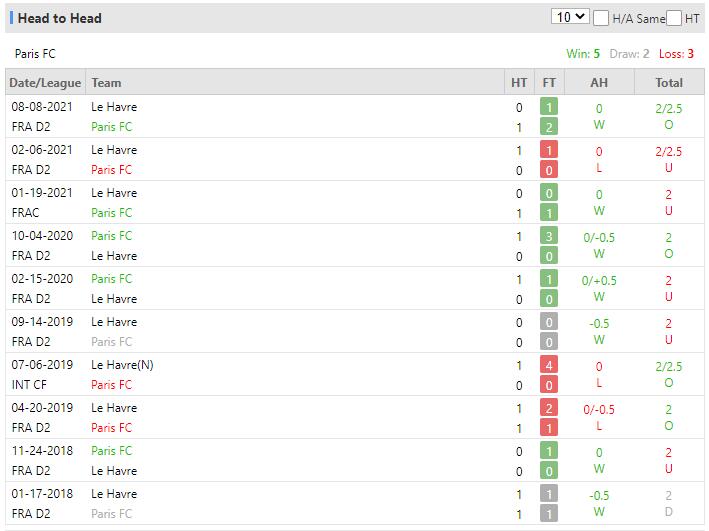 Verdict:
Paris FC got 5W-2D-3L from Le Havre in the past, which take the upper hand. And Paris FC have home advantage. But Le Havre can not be ignored as they play well as guest. It is predicted that Paris FC will take one point from Le Havre at least from upcoming game.

Football France Ligue 2 Le Havre Paris FC
(Disclaimer：Any views or opinions presented are solely those of the author and do not necessarily represent those of NowGoal. We disclaim any responsibility and accepts no liability for any direct or indirect loss or damage arising from any inaccuracies.)