The Portland Trail Blazers and the Phoenix Suns will meet in the NBA game at the Footprint Center on Wednesday.

Phoenix Suns
The Suns take a record of 49-12 lead in the Pacific Division and six games ahead of the second-placed Golden State Warriors. Phoenix were defeated 118-114 by Utah Jazz on Sunday. Devin Booker was the Suns' top scorer with 30 points, while DeAndre Ayton and Cameron Johnson each scored 23 points. 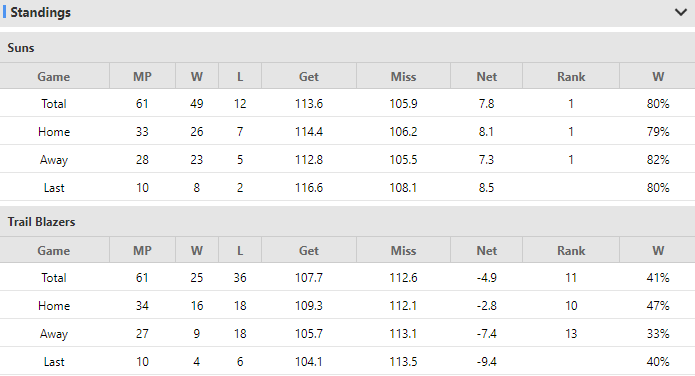 Portland Trail Blazers
Portland are fourth in Northwest Division with a record of 25-36, 13.5 games behind the Utah Jazz which in the first place. Portland were defeated 124-92 by the Denver Nuggets on Sunday. The leading scorer for Portland was Anfernee Simons with 16 points.