The Toyota Center will host the NBA game between the Utah Jazz and the Houston Rockets on Wednesday night.

Houston Rockets
The Rockets are in a 10-game losing streak and have the worst overall record in the Western Conference. Last night, Houston were outscored by 15 points in the third quarter in the 113-100 home loss to Los Angeles with the shooting percentage only 40%. Jalen Green led Houston with 20 points in 9-for-21 and cut four rebounds. 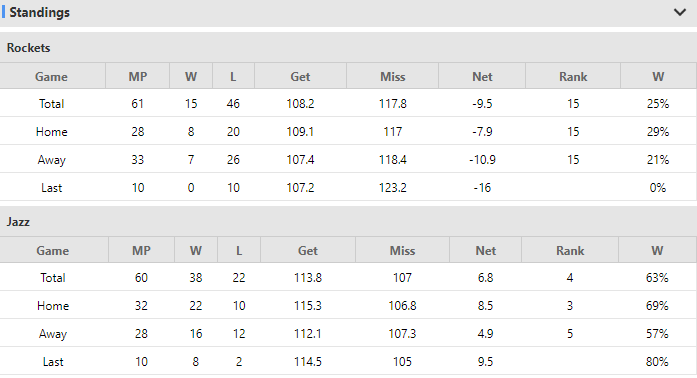 Utah Jazz
The Jazz (38-22) have won eight of the past ten games, 3.5 games behind Memphis and rank third in the West. On Sunday, Utah were able to beat Phoenix 118-114 away in the final stage.
Donovan Mitchell led five Utah players to the doubles with 26 points and 5 assists. Rudy Gobert added 16 points, 14 rebounds and 3 blocks to the Jazz.

Prediction
I think the Jazz will end up with a series of wins. The Rockets have always been the coldest team in the league. They are playing their second back-to-back game, so I like the Jazz rioting in this game.