On Wednesday, the Miami Heat will seek their fifth consecutive victory against the Milwaukee Bucks.

Milwaukee Bucks
The Milwaukee Bucks tied for second place in the Central Division with a record of 36-25, with Cleveland trailing the first-placed Chicago Bulls by 2.5 games. Milwaukee defeated the Charlotte Hornets 130-106 on Monday. Giannis Antetokounmpo scored 26 points and grabbed 16 rebounds to help lead the Bucks to victory. 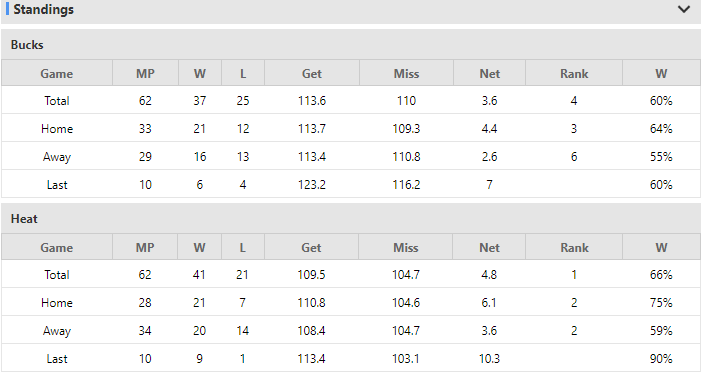 Miami Heat
The Miami Heat rank first in the Southeast Division and have a record of 41-21 with an 11 games lead over the Charlotte Hornets. Miami beat the Chicago Bulls 112-99 on Monday night. After the end of the third quarter, Miami led by 25 points and won the fourth consecutive victory.

Prediction
This should be a close match, but the Heat are understaffed with Kyle Lowry and Markieff Morris being absent, I will insist on winning at home with the Bucks and covering.